“MtGox is gone. So let’s prepare ourselves.”

That is the first statement made in an article that ran yesterday in Business Insider entitled “I Have $285,000 Stuck On Mt. Gox.” Mt. Gox was once the de facto Bitcoin exchange, the first stop for those just getting into cryptocurrencies. Today, the exchange is in a state of flux, its formerly robust homepage now just a series of apologetic statements in 12 point Times New Roman. Furthermore, news has broken of a loss at the exchange totaling somewhere in the neighborhood of 744,400 BTC worth around $350 million. (See this crisis strategy draft on the Two-Bit Idiot Tumblr for some mind-numbing insight.)

Enter SecondMarket, the illiquid asset marketplace. The platform is said to be readying a New York-based Bitcoin exchange for launch sometime this summer, according to CoinDesk.

Additionally, an article in CNN Money alludes to the fact that SecondMarket CEO Barry Silbert knew about Mt. Gox’s misgivings for some time, although for how long remains unclear. To be fair, so did much of the world; Mt. Gox had experienced publicly-known issues for months. 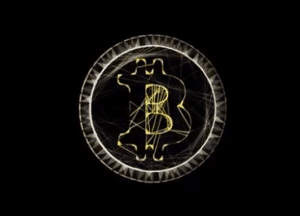 SecondMarket launched the Bitcoin Investment Trust (BIT) last year, which offers accredited investors an opportunity to invest in Bitcoin much like they would any ETF.

This latest announcement by SecondMarket regarding a forthcoming Bitcoin exchange is a big one, especially considering the latest turmoil surrounding Mt. Gox. The Bitcoin marketplace needs to be trusted if it ever hopes to go mainstream. SecondMarket could help to reestablish that trust in the wake of bad news.

The new exchange will not live under the SecondMarket brand, but will be its own entity. The new exchange will be modeled after the IntercontinentalExchange (ICE) Group. There will be three focuses. One is price discovery; The price of Bitcoin will be fixed once or twice a day. The exchange will also provide clearing services and have a self-regulatory organization (SRO). It’ll be supported by an 11-person trading desk. The entity has yet to be named.

The end game: bringing big banks and institutional investors into Bitcoin. It’s been coming down the pipe for a while, but the recent kerfuffle at Mt. Gox just accelerated the timeline a bit.