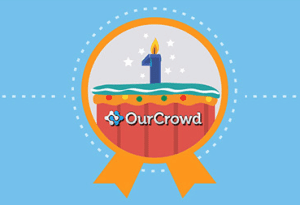 February marks the one year anniversary for equity crowdfunding platform OurCrowd. As a way to reflect on their first year in business, they’ve released the following infographic. It’s a data-rich look at how the company operates and the process by which they curate deals. An interesting fact: of the over 1,500 companies that submitted business plans for consideration through OurCrowd, only 33 were eventually funded.

OurCrowd has created a unique platform for dynamic early stage origination and funding. They offer a quality investment environment, and the partnership will give GE increased access to early innovation.Sue Siegel, CEO GE Ventures

Check out the infographic below…