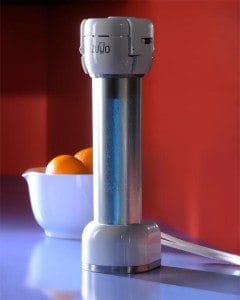 Design to Matter has placed their name on two dubious crowdfunding campaigns. We reported on both in the Summer of 2013 and pointed out that the scenario raised some ethical questions about crowdfunding.

Their first campaign, a Kickstarter for the Instacube, is actually said to be very close to delivering if recent project updates are to be believed. Many backers are elated, but the recent news hasn’t stopped some backers from demanding refunds.

The second campaign seems to be in much more trouble. Zuvo Water is the company and the product is the Stratus. The Stratus promises to a combination filtration and measuring system for home faucets, complete with an accompanying app.

Combining stunning faucet design, the Zuvo Water Filtration System, and a Cloud-connected app, STRATUS is the most intelligent water system that exists today. We’re asking you to help us launch it by becoming an early invester [sic] and to make it possible for us to ultimately make it available to a much bigger market. 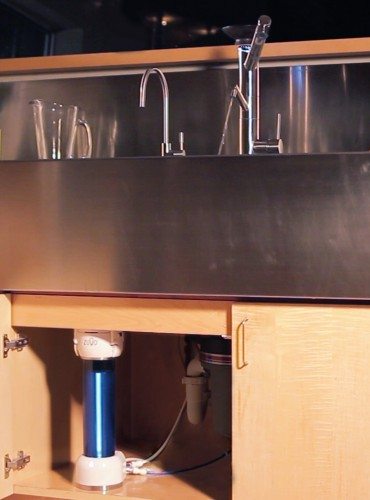 Design to Matter was involved in the design and the campaign, although the extent of that involvement remains murky. Eventually fulfillment was handed off to Zuvo Water. That process is stalled.

Delivery was expected in May of 2013, almost one year ago and just two months after the campaign was fully-funded. That came and went with no delivery. Rewards were somewhat expensive, too. 50 backers pledged $399 or more. Six pledged at the highest $449 level.

In the most recent backer update, it was revealed that Zuvo had been acquired…

As many of you know, Zuvo Water was acquired last month.  These are certainly interesting and exciting times for the company.  We remain committed to introducing Stratus as quickly as we possibly can.  However this change of ownership will cause a modification to our current schedule.  As this point, I cannot be certain of the impact.  I hope to have better visibility within the next week or so and will update everyone then.

The promised update in “a week or so” still hasn’t happened. It’s just the latest in a series of missteps by the organizers of the campaign, and the Stratus’s backers aren’t happy. Many are threatening to go to the BBB, and some have asked for refunds, although it seems those requests have been unsuccessful to this point.