Drawing some attention for its business, Moscow based Yaliny has launched a $1 million crowdfunding campaign on Indiegogo. The Moscow startup is looking to start its $10 a month global phone and internet service. In order to get the services up and running, Yaliny wants to set up a satellite constellation that will consist of 135 LEO satellites on circular orbit, just 370 miles in altitude. Each satelittle is fairly light and small enough to be stacked in one large rocket.

Yaliny “dreams” about the day when inexpensive internet connectivity is available anywhere in the world.  No more usurious roaming fees, dodgy service and no data caps.

Crowdfunding may be a way to lower their initial funding to create the necessary infrastructure. Their strategy includes the manufacturing of $150 accessories that will bring the wireless services to smartphones through Bluetooth connections. If the company is successful, it may reshape how people use mobile phones. With a Bluetooth-connected device that handles data links, customers may be inclined to get lower-end data plans, as long as they don’t need 4G data-transfer speeds.

As quoted in CNet, Co-founder Vadim Teplayakov stated, “First of all we’d like to provide our services for those who use satellite communications today. They’re our natural customers. Then we think our services would be very good for frequent travelers, who know very well what roaming is, and what ‘no service’ means because lack of cell coverage.”

Mr. Teplayakov also notes that the company’s technology may be able to outmaneuver the 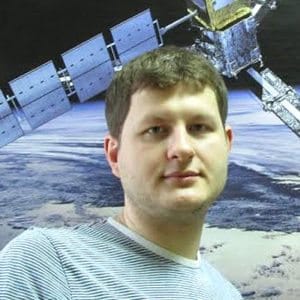 competition. “Large corporations usually are not very quick, innovative or smart. They do have the money, but money is not the only ingredient and definitely not the most important.”

In regards to raising the $1 million, Mr. Teplayakov revealed the amount is only the starting point. “That’s not enough for an entire infrastructure. We have several iterations ahead, and now we’re working on a hardware for prototypes – a satellite prototype, a device prototype and so on. That hardware is pretty expensive, so we have launched a campaign on Indiegogo to ask for support. We could do that because we’ve been working more than a year on technologies, and know very what we should do next.”

While Yaliny is looking to raise $1 million since their launch last week they have only generated a bit over $1000 to date.  Since this is a flexible funding campaign, Yaliny will keep what it crowdfunds regardless of the amount when the campaign closes on June 6th.