Seeking help with its highly anticipated project, Kindematic launched its  $100,000 crowdfunding campaign on Indiegogo for its TinkerBots – and quickly beat their goal. The product is a “toy building set with easy-to-add robotics that make it possible for children and adults to create an endless number of toy robots. 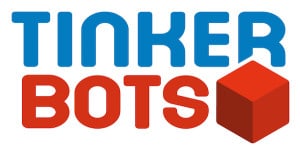 The TinkerBot is considered a perfect hands-on introduction to the robotic world and children won’t even notice that they are actually learning while enjoying time with their new toys. While it is considered a toy, TinkerBots is not only for kids; it’s for the entire family. It’s also a great tool for school projects.

According to the Germany based CEO Matthais Bürger, the mix-and-match bricks are designed to “grow with a child” by offering various programming options after they are put together. Each set of the bricks are built around a red “Power Brain” brick, an Arduino microcontroller kitted out of a two-hour battery, a USB port for charging, a Bluetooth module, a speaker and a basic control panel. 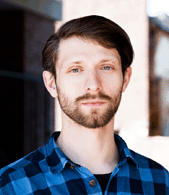 Creative director and co-found of Kinematics Leonhard Oschütz stated, “The inspiration for TinkerBots grew out of my lifelong fascination with LEGO toys. Tasked with building a ‘Dream Machine’ for my master’s thesis in product design, I thought it would be cool to creat a construction kit that is as simple to use as LEGOs but has the ability to easily add robotics and make toys that move and do things.”

He then added, “It was music to my ears when a child described TinkerBots as being a ‘living LEGOs.’ With our TinkerBots building sets, you’re not getting just one robot, you’re getting the ability to build any type of toy robot that you and your children can imagine.”

Once the TinkerBots are put together, the child can program it in different ways. By pressing a “record” button on the Power Brain and twist the motorized parts, it will remember every movement that has been programmed. Kindematic has raised over $210,00 with 27 more days left of the campaign.