Tinitell, a Swedish mobile technology startup, needed only 7 days on crowdfunding platform Kickstarter to reach its campaign goal of $100k to start manufacturing of the world’s smallest mobile phone. Instead of adding more expensive smartphones to the household, parents who want to be able to reach their kids are now presented with a new type of mobile phone, the wristphone.

The world’s smallest wearable phone, which was designed for kids, is operated through the click of a button or via voice recognition. The more advanced features have been moved into the accompanying Tinitell smartphone app for parents, which can also be used to geo-locate one or several kids. Initial market reaction celebrated the design and simplicity. 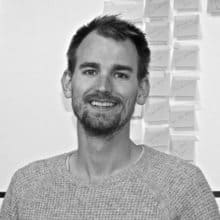 Excited about its success on the crowdfunding giant, founder and inventor of Tinitell Mats Horn stated, “I’m so happy to be able to say that Tinitell reached its funding goal so quickly. We love Tinitell and getting the approval from the Kickstarter crowdfunding community is humbling, to say the least. We can now begin to have the first batches of Tinitells produced.”

“Tinitell has gotten a great reception by both early adopters and parents around the world, and many call this ‘the product they’ve been waiting for.’ It has also sparked controversy. Parents debate at what age we should connect with children to connected technology.”

Tinitell comes in a variety of colors and expected retail price is $179,but during the Kickstarter campaign, the price starts at $99. The design is created by a team of Scandinavian industrial designers, and is also made to appeal to grown-ups seeking a basic wristphone for rugged outdoor activities, as well as to the elderly and disabled.

“Lots of potential venture capitalist, angel investors and telecom operators have reached out to us in the last few days. We have yet to initiate any specific discussions, but we will absolutely be exploring our partner strategy further.”