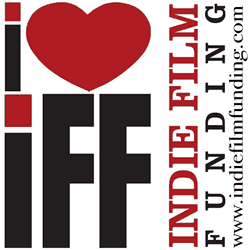 indieFilmFunding (iFF), a crowdfunding platform targeting the indie film sector is broadening their reach to include the indie music world. Indie bands may now crowdfund everything from music videos, movie scores, studio time, demos and even the logistics behind touring.

iFF has already signed up their first band.  A teen Rock band, out of California’s San Francisco Bay area called Haunted by Heroes is leveraging the platform. The group has been  together since they met in day care and focuses on preaching an anti-bullying message to their fans.

“We are excited to announce the launch of the indie music section of the site with Haunted by Heroes and their anti-bullying message. The band needs money to spread their message, create their music video, and pay for their studio time. The fact that they chose iFF as the platform to both achieve their financial goals and promote their band is exciting for all of us.”

The band’s 14-year-old singer, Nick, states, “We are on a mission to spread our anti-bullying message through Rock ‘n’ Roll, and have a lot of fun along the way. We chose iFF as our platform to launch our campaign, because we feel they are the only crowdfunding site that is specific to our needs, and unlike the other sites, they actually help promote the campaign.”

indeFilmFunding is a self described platform for storytellers, filmmakers, and artists alike, to spread the word and get funding for their projects.