No sooner had CreoPop announced its crowdfunding campaign than it was fully funded – in less than 24 hours on Indiegogo. CreoPop allows users to create any 3D shapes they wish using an amazing array of inks. 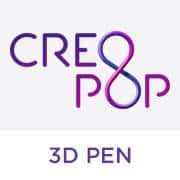 Co-founder and Marketing Wizard at CreoPop Andreas Birnik stated, “Our launch day was amazing. We were 50% funded after just 65 minutes and fully funded in less than a day. We were completely blown away by the support from backers in 44 countries around the world. Moreover, we have had 18 distributors in 16 countries contact us about distributing CreoPop and several major brands are asking for OEM versions of the CreoPop pen.”

CreoPop uses stereolithography and light-sensitive ink called photopolymers. While this has previously been used for professional applications within the 3D printing industry, CreoPop is the first application of the technology in a portable consumer device. When CreoPop is operated, the ink is immediately solidified by UV diodes surrounding the nozzle of the pen. This is in contrast to other 3D pens that typically rely on heating ABS and PLA plastic to temperatures of around 250 degrees Celsius / 480 degrees Fahrenheit. In addition to representing a safety hazard, melting plastic also emits an unpleasant smell which is avoided with the CreoPop’s technology. 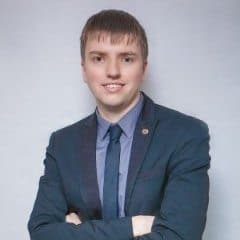 Co-founder and Übergeek at CreoPop Dmitry Starodubtsev noted, “Having achieved our campaign funding goal, from now onwards it is all about our exciting stretch goals. If we reach USD 100,000 we will manufacture different types of nozzles and include those for free with every CreoPop pen shipped. If we reach USD 300,000, we will introduce six new kinds of exciting inks including aromatic, elastic, glittering, magnetic, conductive and body paint ink.”

CreoPop is the world’s first 3D pen with cool ink. In contrast to other 3D pens, there are no hot parts, no melting plastic and no unpleasant smell. Instead, CreoPop uses photopolymers that are solidified using UV light to let users create amazing 3D designs. Since no heating is required, CreoPop is safe in a home environment with children and pets around. The most innovative feature of CreoPop is the large selection of cool inks available including different colors, elastic ink, magnetic ink, glow-in-the-dark ink, temperature sensitive ink and body paint ink.