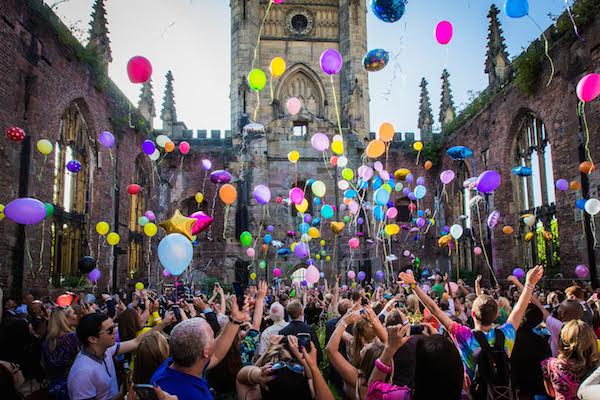 Liverpool set to save St Luke’s “Bombed Out Church” by raising funds on Crowdfunder. 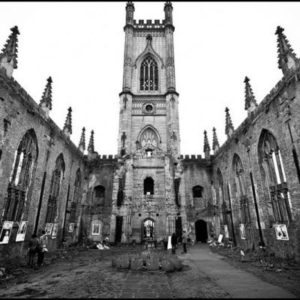 Residents of Liverpool have launched a Crowdfunder campaign to protect the future of one of the city’s most famous landmarks and community spaces.

The project was created to raise £18,000 to provide a sustainable income to protect and secure the future of the venue – preventing it from being sold for development.

This is not the first time that the residents of Liverpool have come together to ensure the future status of the much-loved community space with 30,000 people previously signing a petition to stop the church from being purchased by developers earlier this year. The community is being asked to pledge funds in return for innovative rewards such as bespoke “Bombed Out Church” plaques, access to the unique meeting spaces, and invites to the launch party.

A team of volunteers have set up a charitable organization made up of local Liverpool residents who share the vision of seeing the church becoming a self-sustaining arts and cultural venue, as well as place for remembering and celebrating the lives of those lost that the church stands as a memorial for. 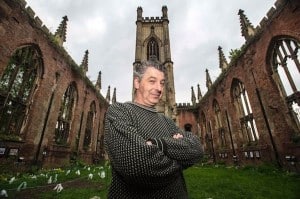 Ambrose Reynolds, the Curator of Liverpool’s Bombed Out Church said, “It is so unusual within our rapidly developing modern world to find a space in which to find time to reflect. One might argue that in a city as large and diverse as Liverpool, being able to locate this sense of community is actually remarkably difficult but we manage it here at St Luke’s.

“The Bombed Out Church needs your support. Since funding has been cut the only source of income for the church is through the daily donations on open days, as well as the income generated from events. At the current rate this is not sustainable to handle the costs of the structural repairs necessary and running costs of the venue – help us help Liverpool by keeping this special community space open for everyone by donating to our Crowdfunder campaign.”

Since the site reopened in May 2014 The Bombed Out Church has received overwhelming support form the local community as well as hosting a diverse set of events including hosting musical performances as well as immersive physical theatre, the annual Blitz Exhibition, Tai Chi, Qi Gong Meditation, Yoga and art installations. 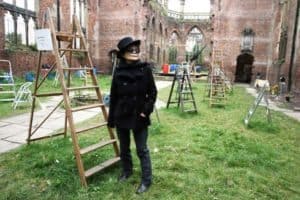 The team behind the Crowdfunder project are also asking local people to donate time and skills to the project as they are looking for help with design, promotion, musicians to perform and bloggers to write about their innovative fundraise.