He had big dreams of owning his hometown football club, the Doncaster Rovers, unfortunately One Direction bandmate, Louis Tomlinson, might have to let go of the idea of owning the UK-based team, at least for now. 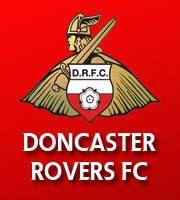 Last month, the famous singer and football player for the Doncaster Rover Reserves, launched a crowdfunding campaign on Crowdfunder with previous chairman of the team, John Ryan, to create the Tomlinson Ryan Trust and raise £2 million to purchase the team. The Trust’s core purpose is to guarantee a successful financial future for the club and allowing fans to have a say and play a greater part in the running of the club. It also aims to support the club’s ambitions on the football field, to develop its schools, youth and charity programs and to grow the club as a brand, as well as its supporter base, both locally and internationally.

Although it received a ton of publicity, the campaign fell through after raising £757,796 from 514 backers. According to the Guardian, Tomlinson also stated he had been “misled” about the situation and Ryan noted, “When Louis says he was misled, he’s certainly not referring to me, I spoke to him on Thursday. I don’t want to go into the ins and outs. As far as I am concerned the whole thing is finished.” 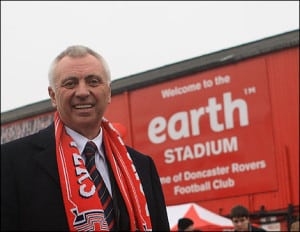 I’m finished with football. I just want to live my life a different way now. I hope Louis does stay involved because he’s a great supporter of the club and I know he will do all he can. But the reality is, in my opinion, it’s over. Maybe down the line, certainly where Louis is concerned, he will be able to get involved again. But our partnership hasn’t worked out. The crowdfunding was an absolute failure, but it’s been a combination of that and the Football League’s stance. I don’t want to go into details. I don’t want to go there.”

During a recent interview with BBC, Ryan did blamed the Football League for the campaign’s failure and stated, “They have made it so difficult now that unless you have a bag full of cash, you are going to get turned down.”

The League addressed Ryan’s comments in a statement, “In any club takeover, it is a requirement for the prospective purchaser to provide a business plan and to demonstrate that the funding is in place to deliver on that plan. In this case, this fundamental requirement has not yet been met.” 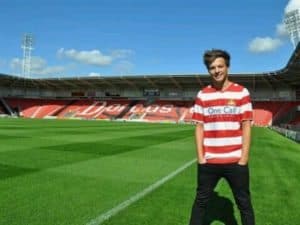 I’m absolutely gutted the Doncaster Rovers deal is not going ahead. I am desperate for the club to be given the recognition it deserves 🙁

My passion for Doncaster Rovers remains as strong as ever, and I hope that I can still be involved with the club moving forward!