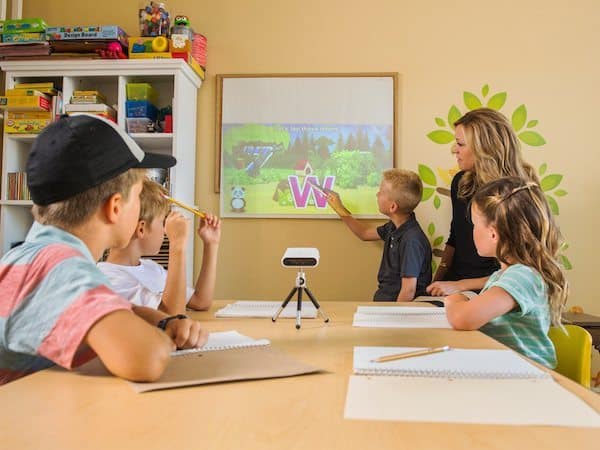 Creators of the all-in-one gadget TouchPico launched its crowdfunding campaing on Indiegogo on Sunday (July 27th) to raise $50,000 for the innovative handheld projector that turns any surface into a giant 80” interactive touchscreen. Within one day, the project reached its goal and today (July 29th), its hit over $61,000 from close to 230 backers. 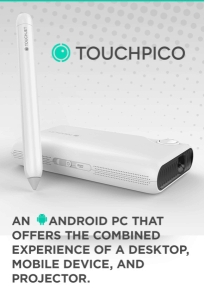 Along with being a project, TouchPico is an interactive Android PC with projected touch interface and wireless streaming that allows the user to do the following:

The device’s stylus has a tiny infrared emitter. Its signal is captured by the TouchPico’s tiny built-in infrared camera and processed by an image processor to convert it into touch screen coordinates. 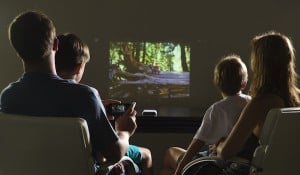 For it being completely versatile, TouchPico is still considered a portable, handheld gadget for those on-the-go. It’s slightly heavier than a Samsung S4 and just about the same size. It can easily fit in a pocket or a briefcase.

TouchPico also supports native Android apps, but since the screen goes beyond the limits of traditionally sized mobile screens, the developers can do so much more: 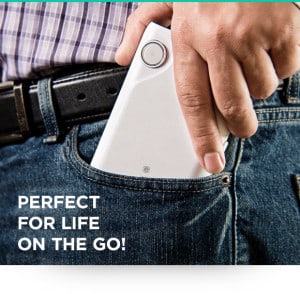 The TouchPico team notes, “We’re happy to introduce a special pledge for developers that allow them to receive a TouchPico immediately, start development and secure app installation on all TouchPico devices ordered in 2014.”

In regards to its timeline, the team also noted that TouchPico will be shipped between October 15-30, 2014.Its crowdfunding campaign is set to close on August 26th.