Director, writer, and producer Andrew Sullivan has launched a Kickstarter crowdfunding campaign on Tuesday (July 29th) to raise $30,000 for his new feature film BOKEH. Within hours of its debut on the crowdfunding giant’s platform, the project raised $10,390 from close to 125 backers. 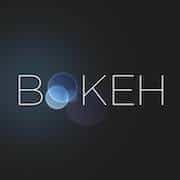 According to its campaign website, BOKEH is a science fiction drama is about a couple that is forced to think about the brevity of life on the planet and thus have harder time making better choices. The story balances the universal theme of love while displaying the loneliness that exists with being in love. Set in the gorgeous country of Iceland, BOKEH stars The Bling Ring actress, Maika Monroe and The Lone Ranger’s Matt O’Leary.

Sharing the reason behind the mysterious title, the film’s team wrote, “Bokeh is the blur, the out of focus part of the photo. In life, we choose what we focus on and what we blur. Our film tells the story of tow people who continue to change their priorities, their ideals, their focus based on their world disappearing. They are defined not just by what they focus on, but what they choose to blur.”

While it has already been shot, the film’s team needs additional funds in order to get through post-production. The costs include paying for an editor, sound design/mixing, visual effects, color correction, and securing music rights.

The team explained, “On our best days, not only is filmmaking a collaborative process, it is empowering a creative community to make a better film than the one we envisioned. Ideas are ok, but being able to take a good idea and make it something real, that is what we admire. This is why the Kickstarter community is so important to us; because the community may believe in potential, but ultimately it supports completing a project.” 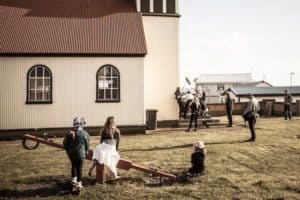 Perks for donating to BOKEH include the following:

BOKEH’s crowdfunding campaign is set to close on August 28th.