UK based arts charity IdeasTap has launched “ACCELERATOR”, a commission-free crowdfunding platform for creative projects. Philanthropist Peter De Haan who apparently has personally donated more than £20 million to charitable causes came up with the concept for Accelerator. In 2008, De Haan founded arts charity IdeasTap in response to the first of the arts funding cuts, to empower young creative people through opportunities, seed funding, arts jobs and career development. The new crowdfunding platform seeks to add a new dimension to IdeasTap, giving young creative people an additional tool to raise funds to make their projects happen – without having to pay the usual fees.  Since launching in December 2008, IdeasTap has awarded more than £1.8 million worth of direct funding and claims a membership at over 150,000 and 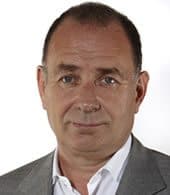 “At IdeasTap we’ve been helping creative people to get their ideas off the ground for years,” said IdeasTap Chairman, Peter De Haan. “Now we’re offering our members a way to raise project funding themselves – without the commission fees other crowdfunding platforms charge. Accelerator not only gets them the funds they need, it also teaches them how to fundraise effectively, market a project, manage contacts and work to a deadline. Plus we’re going to pick up to two projects each month to top up with £500 from our own charitable fund, because we believe in the talent of our members – and we’re prepared to put our money where our mouth is.”