“We are honored to add two incredibly experienced film producers to our board who are deeply invested in the social impact of the films they make,” says Seed&Spark founder and CEO Emily Best. “What’s more exciting is that we have been able to communicate our company’s mission as an impact investment. We are deeply 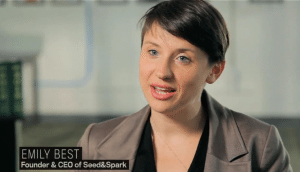 committed to building tools to give access to a greater diversity of creators—tools we believe can help creators make a sustainable living from their craft.”

Earlier this year, Parker Benello, along with Chicken & Egg Pictures co-founder Wendy Ettinger, launched Gamechanger films with Dan Cogan and Geralyn Dreyfous of Impact Partners to “shift the gender disparity in the film marketplace.” Parker Benello’s commitment to women in film both in documentaries and narrative films now extends to entrepreneurship in the film space. 58% of film projects successfully funded on Seed&Spark are led or co-led by women, a statistic Seed&Spark founder and CEO Emily Best attributes to the fact that women are so marginalized in the film industry they’re willing to take a risk on newer platforms.

“It could also be that our company leadership is almost entirely women.” 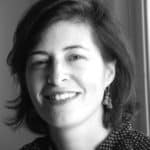 Says Parker Benello, “I am excited to join Seed & Spark as an advisor, given the company’s interest in promoting women directors, both documentary and narrative, on their innovative crowdfunding and streaming platform. I look forward to working with the team to help build out the company while furthering the work of many filmmakers supported by Chicken & Egg Pictures and invested in by Gamechanger Films.”

“We’re not taking the approach of building this company with money. We wanted to engage the community and grow organically only on the strength of what the community finds valuable about what we’re offering. It means we’ve been able to get a long way with a tiny fraction of the money our competitors have raised. It also means that more of our resources can get poured back into the community because we don’t have so much to pay back,” says Best. “We also hope that we can demonstrate to filmmakers that the strength of this community is more powerful than money. And we can build a sustainable business this way – together!” 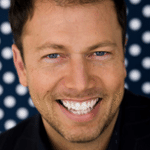 Says Troutwine, who most recently produced Print the Legend, which was nabbed by Netflix Originals at SXSW, “There is an exciting new frontier in distribution, one that can more greatly benefit both creators and audiences. Seed&Spark’s founding team of filmmakers understands they’re working for the audience.”