He refused to allow rejection from banks to end his beekeeper dreams, and now Cameroonian Jacque Georges Badjang shares details about how crowdfunding helped grow his honey business. According to a recent report, Badjang’s company “Les Mielleries” has marketed honey from more than 200 beekeepers. The honey is filtered and then packaged in Cameroon’s largest port city, Douala. 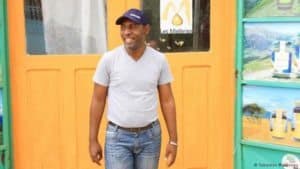 Last year, while expanding his firm, Badjang encountered a familiar problem that small businesses struggle with: The banks would not lend him money because he failed to convince them that he would be able to repay the loan. Following the struggles he faced with the banks, Badjang resolved the problem by launched a campaign on the French-based crowdfunding platform BlueBees. The website specializes in entrepreneurs from developing countries and bring them together with European investors.

Managing director of BlueBees, Emmanuelle Paillat, stated, “Jacque Georges is a really series entrepreneur. He needs us, because he has no access to the banks. In Cameroon, they would ask him for surety and he can’t provide it – despite the fact his firm has been in existence for ten years.”

Badjang’s “Les Mielleries” was the platform’s first project and was launched last spring. The company borrowed 20,000 euros for his honey busuiness from more than 100 creditors. Just after six short months, the Cameroon native was able to pay back the loan, plus ten percent in interest. One percent of the profits went to BlueBees. 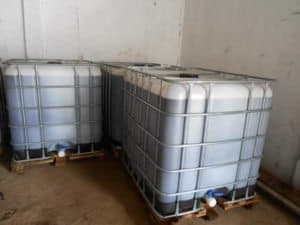 Meanwhile, BlueBee users are investing in various projects including a soybean cultivation in Burkina Faso, medicinal herb garden in Peru, and in a leeches’ cooperative in Madagascar. During the past few months, other crowdfunding platforms have emerged to provide African small businesses owners a chance to offer up their ideas to the crowd. Although this is great for the African countries, most of the platforms operate out of Europe. South African investor, Patrick Scholfield stated, “Crowdfunding is very new here, a lot of people don’t understand it or trust it.”

One other challenge with African entrepreneurs is the distance between them and their potential investors. The cost to send funds to Africa is expensive and Paillat added, “Our bank cannot say in advance how much it will cost to make a transfer from Europe.”