Over the weekend, the crowdfunding campaign on Indiegogo for The Fine Young Capitalists was randomly shut down on the platform without any indication as why it was cancelled. Sources reveal that the project was hacked. 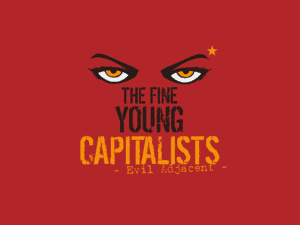 Luckily, Indiegogo stated on Monday (August 25th) that there was no breach in its security. TechCrunch reported the hackers were able to guess the campaign’s account password, which allowed them to make a few edits. The platform reported that after detecting its password had been compromised, it immediately froze the campaign. After the password was reset, the project was back online.

According to its campaign website, The Fine Young Capitalists is currently seeking $65,000 to have women create video games for charity. The organization took five women who had never designed a video game before and gave them professional concept artists to create their ideal game. The goal of the project was to help raise awareness of the issues surrounding women in gaming. Profits from the games will go towards cancer research. 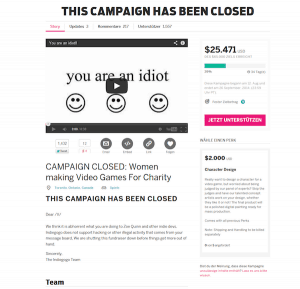 Sharing details about the hack, the organization took to its blog and wrote, “Apparently we have been hacked and silenced. Or more appropriately someone managed to guess our 8 character alpha numeric password. We have taken step to beef up security  and will engage with Indiegogo to repair our service. I can not be sure that records have been properly kept for everyone that made a donation but I can’t be sure of this.”

“Over the last several days how the Internet did band together for this project was heart-warming and the support for what we did sent a message throughout the Internet. And even if the project fails, this message should continue.”

Although, the breach showed that the hacker was not looking to take on the crowdfunding giant as a whole, some insiders believe this situation could be related to video game developer, Zoe Quinn.  One of The Fine Young Capitalist’s supporters, image board 4chan, was accused of being involved in the hacking of Quinn and some of her own supporters’ Dropbox accounts. This may have been the reason behind the crowdfunding campaign being compromised.

Clearing the air of drama between them and Quinn, The Fine Young Capitalist wrote, “The message was and always will be that people of all races, gender and religion are welcome under the banner of gaming. Many people see this project as a campaign against Zoe Quinn. And to that I say this.” 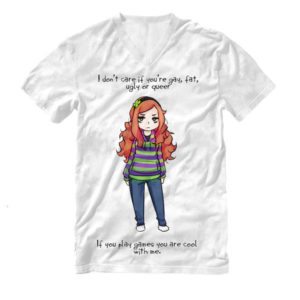 “Yesterday /v/ [of 4chan] created a daughter, Vivian James. She is a rich multi dimensional character that embodies the ideals of the production. I feel that /v/ has created something powerful here, that transcends TFYC all together.”

“Therefore I ask /v/ and all anions if we may spread her message from 4chan to the real world. shirtwascash.com has generally offered to work with TFYC to create a T-Shirt of Vivian James with her distinct message of equality.”

“I say the profits from the sales of this T-Shirt should not go to TFYC or even cure Butt Hurt. But should go to iFred, the charity which Zoe Quinn supported. To show that this project was never about hurting her. But showing how much everyone cares. I ask you know /v/ for the permission to make this gesture. Let us all bury the hatchet and work together to make the world a better place.”

The campaign has resumed schedule and is set to close on September 26th.