Owner of the Arbor Brewing Company, formerly known as Corner Brewery, Rene Greff, is ready to set the record straight about her $75,000 crowdfunding campaign on Indiegogo. Earlier this summer, the Ypsilanti brewer took to the platform to launch a project to help upgrade the brewery’s kitchen. In the middle of the campaign apparently another business owner posted on Facebook accession the business owner of  attempting to “pan handle the community, while real people sit and work for money.” 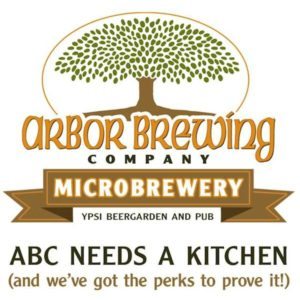 M Live reports Greff wanted to assure people that when small business turn to crowdfunding as a source for financing projects, it’s not an attempt at a money grab, nor does it mean that the business is failing. Greff stated, “When businesses crowdfund, they’re selling a product, They are essentially offering great deals or exclusive offers to try and raise a large amount of revenue in a short amount of time.”

According to the campaign, the brewery is looking to use the funds to first install a geo-thermal climate controlled warehouse for storing their packaged beer. They will incorporate rain gardens in their new parking lot, grow their own produce, work with local farmers, and even compost their kitchen’s scraps. Although they have built a corner brewery and beergarden, the major issue they have come across is the fact that they do not have a kitchen, which is where the funding comes in.

Greff was very supportive of the crowdfunding method, she noted, “I think the positives are if you are launching a new product, crowdsourcing is a great way to gauge the response for a new product, treating it sort of like a test market. If you fail to meet your goal, it’s probably not best to invest $1 million.”

She then added, “It’s also a good way to capitalize on social media to market your business or product, and, obviously, if you raise the funds needed, that’s a positive, too.” 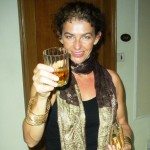 Commenting on the “pan-handle” accusation Greff shared, “People assume that small businesses are rolling in cash, and that’s just not the case. It’s funny that I still underestimate the abilities of haters to hate, and I have to get past that, but I haven’t quite gotten there yet.”

“What we’ve learned from this is that you need to make sure your crowdfunding message is clear – what’s in it for the people, why you chose that route, what you hope to accomplish. I think we were just very naïve from the start in thinking people understood what we were doing. If I could go back and do it all over, I would’ve made it clear that we’re not a nonprofit and we’re not asking for a donation. We’re selling cool stuff.”

Greff’s  ABC Microbrewery is set to close on Friday (September 19th). The campaign is fully funded and stands at about $77,000 thanks to nearly 350 backers.