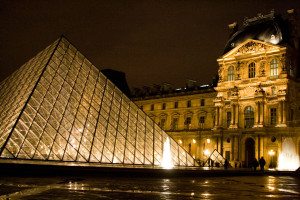 Earlier this week, administration at the Louvre announced they have started a crowdfunding campaign to raise €12.5 million purchase of a jeweled piece of 18th-century furniture, Teschen Table.

According to the New York Times, the Teschen Table, which is also known as the “Table of Peace,”  was offered to the diplomat, Louis Charles Auguste Le Tonnelier, Baron de Bretuil, a French diplomat who negotiated the end of a Bavarian war. Although considered both a table a piece of jewelry, due to its form, along with the materials and techniques employed in its creation, it is regarded as one of the most extraordinary pieces of furniture ever made.

The museum stated, “Classified as a ‘National Treasure’ then as a ‘Work of Major Heritage Value,’ it is also a monument commemorating a key moment in European history. The Teschen Table will have a worthy setting in the Louvre’s new 18th-century decorative arts galleries. Its acquisition is a unique opportunity to keep in France a masterpiece whose symbolic, historical, and artistic dimensions perfectly embody the Louvre’s vocation as a national museum.” 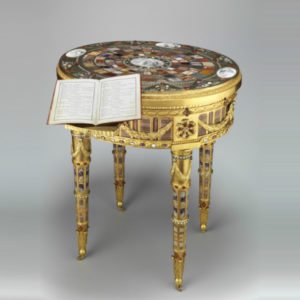 The publication also noted The Louvre is the second major French to turn to crowdfunding this month to pay for projects and acquisitions. The other, being the Musée d’Orsay, launched a campaign last week asking €30,000 to help finance the €600,000 restoration of Gustave Courbet’s enormous painting of his studio, “L’Atelier du peintre.”

The Louvre has also been known as the institution to have the most crowdfunding experience. Since 2010, it has received more than €4 million from almost 20,000 donors for acquisitions of a medieval painting and ivory statuettes.