The Securities and Exchange Commission not only spends a lot of time creating rules they also hit the streets and enforce them.  Monolithic and ill thought out legislation such as Dodd-Frank create an almost never ending list of new rules adding complexity and inertia to an already very challenging enforcement environment. So the SEC has lots to do and they shared some of their accomplishments for the end of Fiscal 2104 (ended in September) that included a record number of 755 enforcement actions covering a wide range of misconduct, and obtained orders totaling $4.16 billion in disgorgement and penalties, according to their preliminary figures.  This is in contrast to the 686 enforcement actions and obtained orders that totaled $3.14 billion in 2013.

The SEC has utilized “new investigative approaches” benefitting from the “use of data and analytical tools” that spanned the entire securities industry.  Enforcement actions in 2014 also included some “first ever” cases.  These involved; pay to play rule for investment advisors, halting a municipal bond offer and action on a whistleblower retaliation.

“Aggressive enforcement against wrongdoers who harm investors and threaten our financial markets remains a top priority, and we brought and will continue to bring creative and important enforcement actions across a broad range of the securities markets,” said SEC Chair Mary Jo White.  “The innovative use of technology – enhanced use of data and quantitative analysis – was instrumental in 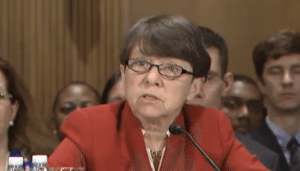 detecting misconduct and contributed to the Enforcement Division’s success in bringing quality actions that resulted in stiff monetary sanctions.”

“Time and again this past year, the Division’s staff applied its tremendous energy and talent, uncovered misconduct, and held accountable those who were responsible for wrongdoing,” said Andrew J. Ceresney, Director of the SEC’s Division of Enforcement.  “I am proud of our excellent record of success and look forward to another year filled with high-impact enforcement actions.”

Director Ceresney added that, going forward, the Enforcement Division will continue to bring its resources to bear across the entire spectrum of the financial industry, from complex accounting fraud and market structure cases, to investment adviser and municipal securities cases, microcap fraud, insider trading, and cases against gatekeepers.