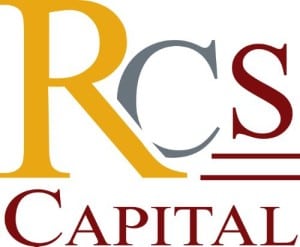 In a company release RCS Capital Corporation (NYSE: RCAP) stated that certain broker-dealers have resumed sales of products distributed by RCS Capital the company’s wholesale distribution business, pursuant to 51 recently reinstated selling agreements. RCS Capital states it has 1,020 active selling agreements and works with over 250 firms to distribute alternative investment solutions.  The announcement was made as several RCS Capital executives actively purchased shares in the company demonstrating their belief and commitment in the firm.

“We have consistently communicated to the market our belief that the suspensions of certain of our ongoing selling agreements were of a temporary nature. The reinstatement of these agreements and this initial resumption of sales are confirmation of this belief,” commented Bill Dwyer, Chief Executive Officer of Realty Capital Securities, LLC. “RCS Capital enjoys strong relationships with our broker-dealer network, and strongly believes firms clearly understand the value of RCS Capital-distributed products and continue to work constructively with us, just as we are eager to provide them with access to the quality products they demand.”

Earlier this month Bloomberg reported that RCS Capital received regulatory inquiries from FINRA and the SEC following disclosed accounting errors regarding American Realty Capital Properties.  The report also stated that RCS had received a subpoena from the state of Massachusetts securities regulators.

“Management maintains an unwavering confidence in the long-term value of RCS Capital’s platform, its people, its customers and the terrific growth prospects of its business,” said Mr. Weil. “The recent purchase of RCS Capital shares by management underscores our firm belief that the company’s current market valuation does not properly reflect the fair value of the business’s robust fundamentals, earning power, growth prospects and significant competitive advantages.”

RCS Capital Corporation is a “full-service investment firm”.  The company announced earlier in 2014 the launch of crowdfunding platform; “We Are Crowdfunding”.