For those who haven’t heard, things haven’t gone so well for Creed’s former frontman, Scott Stapp. TMZ reported last month that the rocker was put into a psychiatric hold for three days after law enforcement officials stated he had drug-fueled paranoid delusions he’s a marked man, and his estranged wife, Jaclyn Stapp, says he hears voices and worries his kid will get attacked by ISIS. 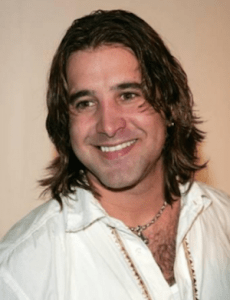 Now, Stapp has decided to launch a crowdfunding campaign on Fundly to raise $480,000 for not only his third solo album (wait, there were two solo albums? Seriously?), but also his first ever fictional novel. While describing the project(s), Stapp wrote, “Raising funds 4solo album #3. Using same team, Howard Bensen (Producer) & Chris Lord-Alge (Mix). At the same time, my first book in the fiction category. Need 2fund both projects.”

Although they ignored the fact that he spelled his producer’s name wrong, which MetalSucks revealed it’s Howard BENSON, 228 backers have decided to extend their love and support to the “Higher” singer, but have only donated a mere $562.

While some have humored Stapp’s project, others have criticized him for attempting to work on the album and the book in his current mental state. One commenter shared, “Dude, get a job. Earn the right to create your so called art. If it has any merit. People will notice it. Especially since YOU ARE FAMOUS.”

Another comment added that the project might even be fake and found the possible IP number of the person in charge of the campaign. Whatever the case may be, hopefully Stapp will receive the help he needs and fast before things get worse for him.