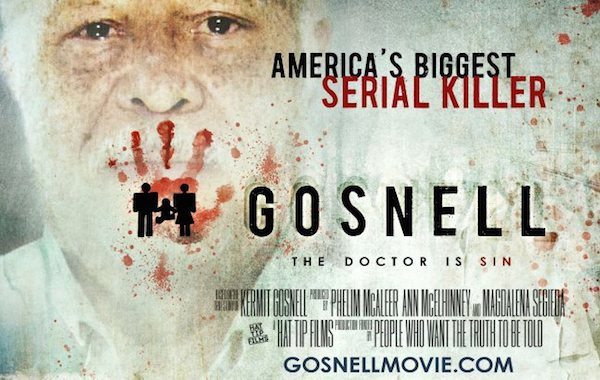 Earlier this week, producer of the Indiegogo film Gosnell Movie, Phelim McAleer announced that co-writer and co-director of the documentaries 2016: Obama’s America and America: Imagine the World Without Her, John Sullivan, has signed on as executive producer.

The film is the story of Philadelphia’s abortion doctor, Dr.  Kermit Gosnell and his devastating crimes. He was convicted in May 2013 after being charged for late-term abortions and other medical misgivings. Some have called him the most “successful” serial killer in the history of the world.

McAleer stated, “John has been behind some of the most successful documentary films in history. The Gosnell Movie is based on the true horrific story of the mass murderer, Kermit Gosnell. John has experience in appealing to and reaching the audience who will appreciate the story we are trying to tell through the Gosnell Movie. It’s great news that he has decided to join on team.

According to the Hollywood Reporter, Sullivan has said his goal is to bring the story of Gosnell – including the media personalities, pro-choice activists, and bureaucrats who enabled him – “to the screen in a factual but compelling way in all of its unfortunate details. It is a tragic but mesmerizing of a man who has been called the biggest serial killer in America.”