ReverseMergers.com, a provider of reverse mergers and alternative public offering solutions for companies looking to raise capital or provide both investor liquidity, announces the release of several alternative public offering market predictions for 2015. The company expects an increase toward IPO-alternatives in 2015 as the IPO window closes for larger offerings. The predictions also include the long-anticipated release of the rules for equity crowdfunding via web-based portals. 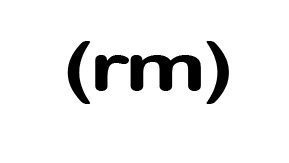 Numerous prognosticators expect the market will soften in 2015. Combine that with the Fed’s announcement that they will raise interest rates sometime in 2015 and it points toward a closing IPO window. As the IPO window closes, less companies have incentive to go public through this traditional method. As a result, more alternative public offering methods are used to take companies public. The shrinking IPO window in 2015 is likely to create a demand increase in the number of Direct Public Offerings and reverse mergers.

Managing director of ReverseMergers.com, Jake Durrant stated,”We expect the complete implementation of equity crowdfunding will drive the reverse merger market for a number of reasons. First, non-accredited investors will likely demand liquidity through the sale of their purchased securities in private crowdfunded offerings within 18 to 24 months after a closed equity crowdfunding round. With no efficient secondary market for such shares, many a crowdfunded business will likely be pressured into going public to provide investor liquidity.

“Second, if the total investor/shareholder number reaches the numbers reflective of rewards crowdfunding like what we’ve seen on Kickstarter, then the SEC will likely require such firms to begin reporting as public–simply because the number of shareholders requires public company disclosure.”

The company expects the need for its services to only increase as equity crowdfunding for non-accredited investors is fully implemented.