Five leading female game developers in England named as recipients of Creative England match funding through a  crowdfunding campaign with Crowdfunder known as Queen of Code. Fareed, Lux & the Shadowmaker, Pocket Drakes, Star Catcher and Thinking are all innovative new game dev projects that featured in the project

Ranging from an exploration of the 1960s Arabian Gulf to monsters in the shadows and pocket dragons, these were the games that touched a chord with the general public who put their hands in their own pockets to see them succeed.With over 50 applications for the crowdfunding campaign the top five reached their funding targets with the most backers and will now each receive an additional £3,000 from Creative England. 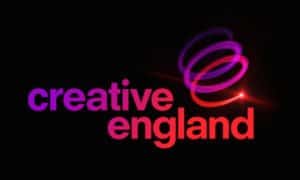 Caroline Norbury, CEO of Creative England stated, “It’s fantastic to see these women on the path to making their ideas a reality while setting an example for diversity in the games industry.At Creative England we are always looking for new ways to provide much needed funding, and with our first foray into crowdfunding, Queen of Code has proved to be an accessible and innovative method of alternative finance for these dedicated games makers. We look forward to the next opportunity to join forces and offer something unique to England’s creative industries.”

The #QueenOfCode campaign was created to discover new female game talent in England, using crowdfunding as a platform to showcase and gain support for new ideas using the innovative new model for fund distribution by Creative England. Phil Geraghty, MD of Crowdfunder explained,“Congratulations to all the winners of #QueenOfCode. It’s been fantastic to work with our partners, Creative England, bringing recognition and opportunities to emerging talent in the games industry.

“Working with Creative England we have been able to show the amazing funding power of the British crowd. Over 800 members of the public have shown their support for these projects, five of which will now receive additional funds from Creative England. Crowdfunding is becoming a crucial part of the funding mix for many grant giving organizations.”

Samantha Liebenberg took part in the campaign with her project noted,“Taking part in Queen of Code has been a real game changer for us at Slie Labs. Not only did the Crowdfunder campaign give us the opportunity to raise funds and awareness, the additional match funding gives us the ability to expand and grow as a company.

“Crowdfunding partnered with fund distribution as a fundraising model really works. It gives us two forms of validation for our idea. The crowd came together to show they wanted our product and were prepared to pledge to make it happen whilst the match funding means we’ve ticked all the boxes for expanding our business – with support and validation from a renowned industry leader, Creative England.”