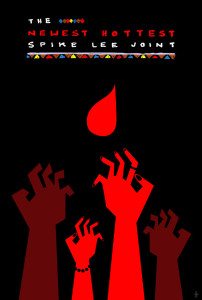 As previously reported, Lee hit the global crowdfunding platform to raise $1,250,000 for his new film project, Da Sweet Blood of Jesus. Although he received a ton criticism for turning to the funding method, the actor/director managed to not only receive the initial goal but also scored over $1.4M thanks to nearly 6,500 backers.

According to its synopsis, the romantic thriller is a tale about people who are addicted to blood. Lee noted that the film is “funny, sexy, and blood.” It is considered a new kind of love story and not to be considered a remake of the 1972 movie, Blacula.

According to Vibe, the film will be available in the U.S. for $9.99 24-hour streaming rental or $14.99 by digital download. Sharing details about the release, Lee shared, “This is the future of film distribution. Please join us. I’m hyped on my partnership with Vimeo to get my new join Da Sweet Blood of Jesus out to the world in a new way.”

General manager audience networks of Vimeo, Greg Clayman noted, “We are huge fans of Spike and were drawn to the film’s independent spirit. Having built an audience and raised over a million dollars on Kickstarter, we are beyond excited to bring the film to fans directly one month ahead of the theatrical release.”

Those starring in Da Sweet Blood of Jesus are Stephen Tyrone Williams, Zaraah Abrahams, Rami Malek, Elvis Nolasco, and Joie Lee. It is set to hit theaters February 15th. Check out the film’s trailer below!