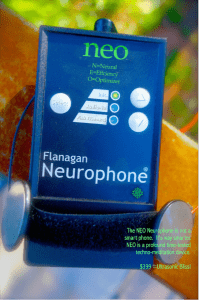 Dr. G. Patrick Flanagan’s InDemand NEO Neurophone Indiegogo has neared three quarters of a million dollars raised for research and development to bring ultrasonic brain stimulation wearable technology to the crowd. Within its first day, NEO’s crowdfunding campaign quickly surpassed its initial goal of $100,000 and by the end of its run on the platform, NEO raised nearly $400,000. Now, Indiegogo has selected NEO as part of its InDemand program.

According to its campaign, the NEO was invented by Flanagan in 1958 when he was 13 years old, which lead to his feature in LIFE magazine titled “Whiz Kid, Hands Down.” He states that  Neurophone has undergone continuous upgrades and that he is pleased to see that today’s generation that embraces wearable technology is so excited by the Neurophone and that its time for mass acceptance has come after 57 years.

Transmitting ultrasonic waves through the skin, the NEO induces calming brain wave states meanwhile activating the user’s primordial hearing system. Using two lightweight transducers that sit on the forehead, sound penetrates the brain and on to an ancient unused hearing organ called the saccule. The saccule is the key organ in a dolphin’s ability to use ultrasonic sound to communicate and navigate. For humans it creates a once in a lifetime experience to hear music without using one’s ears, a phenomenon in itself. 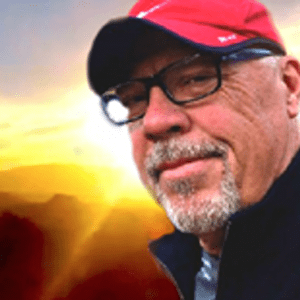 Flanagan’s ultrasonic technology also facilitates left/right brain coherence, offering a pathway for users to experience: rapid learning abilities, improved memory retention, increased IQ and enhanced meditative states. The current NF3 Neurophone model retails for $800, while the next generation NEO, due in mid 2015, is priced at half as much for the $399 pre-release Indiegogo.  Updates include a unique built-in evolving meditative frequency mode (emitting continuous non-repeating sound patterns created by the Doctor) and USB rechargeable lithium batteries.

The scientist enlisted Ken Sheetz, head of Buzz Broz, to lead the campaign.  He shared, “G. Flanagan contributed handsomely to my BuzzBroz Indiegogo Antarctica film expedition which brought me back to Arizona to create The Flanagan Experiments. This in turn led to my challenge to bring the new NEO out via a vastly committed one-year pre-Indie preparation, setting the field for our hit on-going campaign. Tapping into the doctor’s large international following has been the secret to our success thus far.”