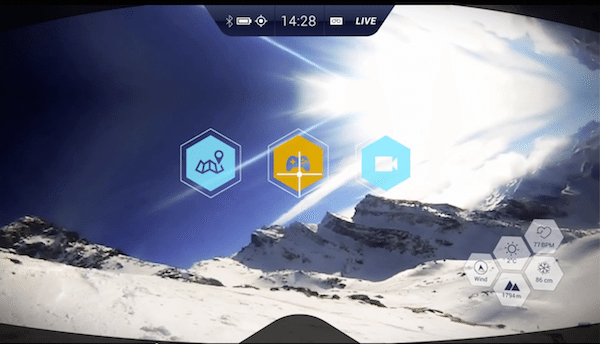 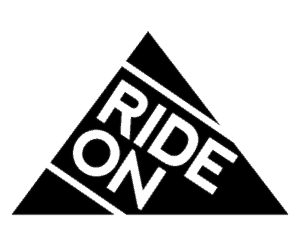 According to its campaign, the RideOn snowboard goggles are considered the world’s first true augmented reality (AR) goggles for skiing and snowboarding. It has a see-through display that projects AR layers and features on the snow as if they are floating 15ft in front of you. 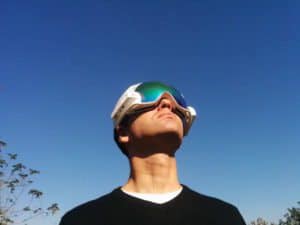 The RideOn team shared, “Thanks to a method we invented, RideOn Goggles allow you to interact with the floating UI using only your sight. No external devices, phone apps, or voice activation. To use, simply look at icons fixed to the sky, your friends, or points of interest. This way, your hands stay gloved and warm, and your cellphone and maps stay securely in your pockets.

RideOn offers a new ante to making skiing more fun, by creating games and challenge for the goggles users. The team noted, “Imagine riding through a virtual slalom track that only you can see, or chasing a shadow of your favorite ski athlete down the mountain. Compete against yourself and friends for time and skill.” 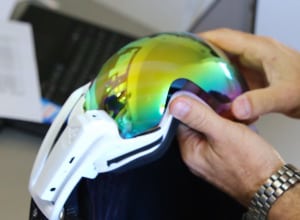 Showing appreciation to those who support the project, the team revealed, “We’ve brought RideOn from a mere idea to a fully functional prototype. But this is as far as we can manage on our own. Every dollar, share, tweet, and mention regards RideOn tells us that you, our audience, believe like we do that RideOn goggles can rock the ski world in an amazing and revolutionary way.”

Since its launch on Tuesday morning (January 21st), the RideOn goggles have raised nearly $20,000 from over 80 backers. It is set to close on February 19th.