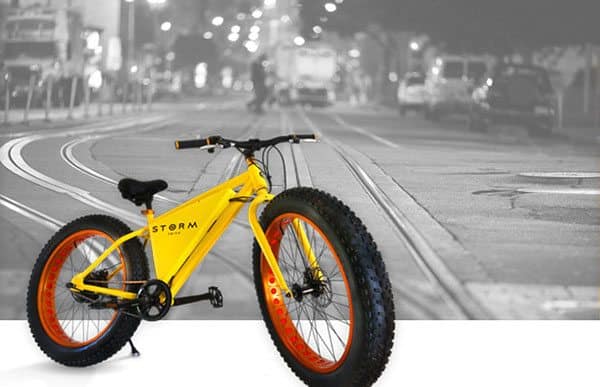 Wanting a new alternative to your car? Tired of dealing with the usually rush hour gridlock or paying for gas? With Storm Electronic Bike, users can enjoy a nice ride to work without having to deal with the traffic. 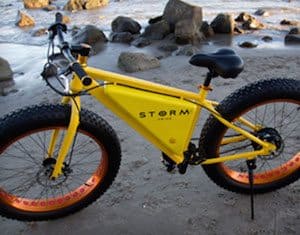 On Sunday (February 1st), Storm eBike hit crowdfunding giant Indiegogo with a goal to raise only $75,000. The new bike has been dubbed the world’s most affordable eBike. For the price of $500, users can enjoy an electric bicycle that has a powerful 380 watt motor, all terrain tires, and speeds of up to 20 mph.

Besides weighing in at 45lbs, Storm eBike can travel a range of 30 to 50 miles with a single charge. Fully charging the battery only takes a mere 90 minutes. It may also be charged by solar power for anyone interested in staying green.

Noting that the bike is meant for all types of weather and terrain, the Storm eBike team stated, “Whether you’re commuting to work in New York City, cruising the beach in Santa Monica, or off-roading the mountains in Colorado, the Storm eBike is equipped to handle any terrain. 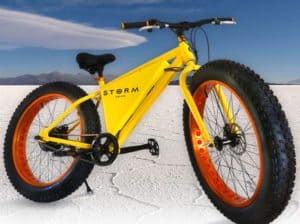 Yahoo!’s Dan Tynan recently tested out the Storm eBike and shared, “Unlike traditional electric-assist bikes, which require you to pedal first before the motor kicks in, the Storm is fully electric. A gentle tap of my thumb on the accelerator, and I was hitting the max speed of 20mph in less than 50 yards. Hydraulic disc brakes brought it to a swift stop.”

Despite not being able to handle the steep San Francisco hills, co-founder of the bike company, Storm Sondors stated that the bike is a “whiz” on city streets as well as the twisty canyon roads of Malibu. The superfat 4.6-inch tires are designed to let you ride on the beach or in the snow as well as on pavement.

Set to close on March 3rd, Storm eBike’s crowdfunding campaign has so far raised $285,000 thanks to over 500 backers. The company promises that the bike will be available sometime in June of this year.