Back in October, Kickstarter-success Matchstick, the streaming stick for Firefox, finished its run on the crowdfunding platform and raised $470,310 from 17,218 backers. The company announced that the finished product would be shipped in February 2015 and the wait began. 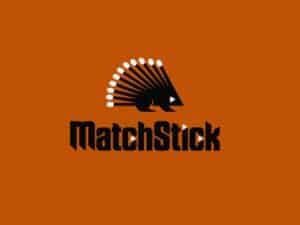 Unfortunately, the Matchstick team has announced the shipping date has been pushed back… to 6 months! During a recent update, they wrote, “It’s been a very busy couple of months and we’ve had to make some hard decisions about how to move forward. We’ve decided to release the product when it is ready, and anticipate that to be in August 2015. Let us explain more.

“Matchstick is, at its core, a group effort to bring a solid, open, and affordable alternative to the world of video streaming. Manufacturing is hard, but the totality of what makes a product experience complete includes so much more. That collaborative effort includes the hardware, the software, the content providers, and of course, the independent developers that will build on the Matchstick platform.

“We want to update the hardware. We’ve been looking at a number of exciting applications and potential experiences for Matchstick and we’ve determined we need to give it as much power as possible. So we’ve been looking to increase the CPU power from a dual core to a quad core chip. We’ve also been looking into common issues with Wi-Fi performance. Because of the location of most HMDI ports on HDTVs, many similar products have Wi-Fi connectivity issues. We’ve spent some considerable time reviewing ways to improve the antenna to ensure a consistent connection that some of the applications will require. We’ll keep you posted of course on the newest stats and specifics! Finally, we are eating the cost to improve the hardware, and passing along the benefits of improved hardware to our backers. It’s a cost we are willingly paying for the promise of a better product. 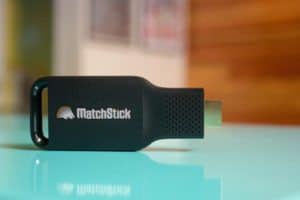 “With a new processor, we have some new opportunities. Matchstick, with Firefox OS inside, is being updated to support DRM (Digital Rights Management) capability. As you know, many premium content providers such as Netflix require DRM support. Matchstick has undertaken the mission to develop DRM as an independent project with the open source community. In fact, we’d love for you to get involved! If you’re a developer specializing in EME, MSE, and CDM technologies, we’d love to hear from you. We plan to use the Microsoft PlayReady technology and are excited to bring premium content to Matchstick. We’ll keep you updated as we work to contribute newly developed source codes for DRM back to the open community. It’s our goal to make sure open source technology doesn’t mean 2nd tier content and experiences!

“We are continually in talks with all the content you will want to experience on your Matchstick. DRM is a barrier and has become our primary focus, and as we work to nail that down we continue to explore new opportunities to upgrade the entire Matchstick experience. We have been looking at some very exciting possibilities! We can’t wait to show you in the coming months.

“We’ve seen some incredible possible use cases for Matchstick and want to make sure the developer community’s creativity is not hindered by hardware or software limitations. We feel strongly about supporting developers with something much more than a hacked Chromecast type device. The updates to Matchstick will ensure that. 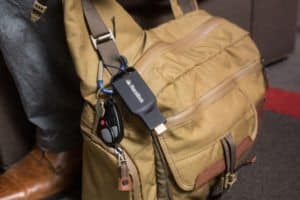 “We’ve learned a lot about Matchstick since last fall. Most importantly, we learned that we had struck a nerve with consumers and brands alike. So we’ve been working to make sure we build a community not just a product. We’ve been arranging partnerships, hiring team members, and taking steps to ensure Matchstick is more than just a one off product and will be announcing more partnerships, hires, and even some further funding in the coming months.

“So there it is! We hope you agree it’s better to make a small sacrifice now for a bigger gain later. Our goal is to bring a whole new way of interacting with the screens around you with an easy to use, powerful, and customizable platform. We have big ambitions, but with your help, we are certain we can get there.”

Since the update surfaced, more and more backers have revealed their frustration for the situation and have demanded refunds. One wrote, “Incompetent or dishonest? You must have known you were not going to ship in February, well before this update, as you would have had to commit to production quantities months ago. Leaves a bitter taste.”

Let’s hope the Matchstick team can bounce back from this shipping drama and start keeping promises they have made.