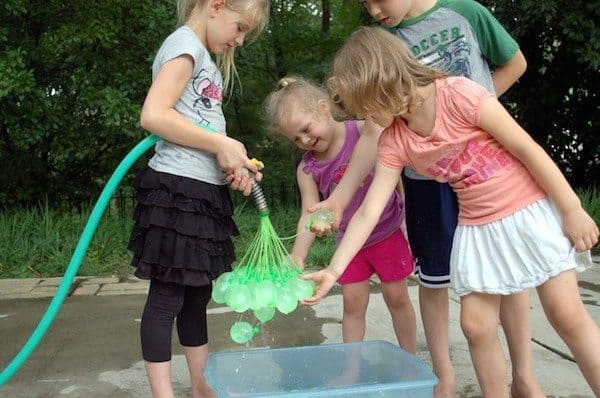 On January 27, 2015, ZURU filed a complaint with the U.S District Court in New Jersey against Telebrands Corp. – Provisional Case No. 2:33-av-0001 – for Intellectual Property Infringement of Tinnus Enterprises‘ Bunch O Balloons. ZURU’s complaint is based on the contention that Telebrands Corp. is infringing Bunch O Balloons’ copyrights, trademarks and unfair competition.

ZURU signed a global exclusive deal acquiring all the rights to the Bunch O Balloons invention, a revolutionary toy product that allows someone to fill and tie as many as 100 water balloons in less than 60 seconds. 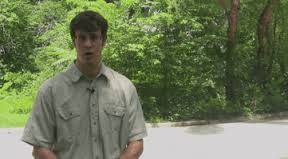 Creator of Bunch of Balloons, Josh Malone stated,”We chose to work with ZURU because of their vast global network, marketing ability and their expertise in automating production They have an ability to work quickly and much like us, are a family run business who are incredible people to work with and we are excited to be moving forward with them.”

Bunch O Balloons has worldwide recognition through the media frenzy following it’s phenomenal Kickstarter campaign. As previously reported, Malone took to the crowdfunding giant to raise only $10,000. Within days, the campaign not only reached the initial goal, but continued to be a huge hit on the platform. In collaboration with his children, Malone brainstormed and experimented to create a device that would allow his rather large family to prepare for their super fun water balloon fights more easily and quickly. 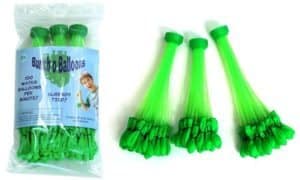 One pack of Bunch O Balloons features three stems, with each containing 37 balloons. Each balloon is attached to a stem by a hose coupling and then secured to the coupling by a small o-ring. All uses have to do is simply screw the stem onto a hose and turn the water on, allowing the balloons to fill simultaneously. When the balloons are full, the user lightly shakes the system and each balloon falls off, cinched shut by its o-ring, Users can easily filly and tie 100 balloons in just one minute.

COO of ZURU, Ann Mowbray added, ”ZURU is working hard to perfect the design and bring that frenzy and the innovative line to life in the retail market. As such, this blatant misappropriation of Intellectual Property from Telebrands Corp. is something that ZURU cannot accept and will contend with vigor.”

Apparently, this is not the first time Telebrands has been accused of misappropriating the intellectual property of others. Since 1983, it has reportedly been sued more than 50 times.