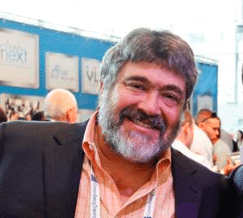 The inaugural 2015 Canadian Crowdfunding Summit (#CCS2015) will take place on March 3rd at the MaRS Discovery District in Toronto, Canada. Organized by the National Crowdfunding Association of Canada, the event boasts a solid list of speakers and participants for their first event.  A broad spectrum of Canadian and international leaders in the crowdfunding space have committed to present at the conference.  The opening keynote address will be delivered by Jon Medved, CEO and founder of global equity crowdfunding platform OurCrowd.

The event will cover all aspects of the nascent industry including rewards / donations crowdfunding as well as investment crowdfunding. The summit has organizes almost 30 different panels and workshops revealing how crowdfunding is transforming the way organizations are raising capital online while unlocking the potential of early stage customers and investors in the funding ecosystem.  There will also be a pitch event where 12 startups will present their companies.

The announced full list of featured speakers and participants at #CCS2015: 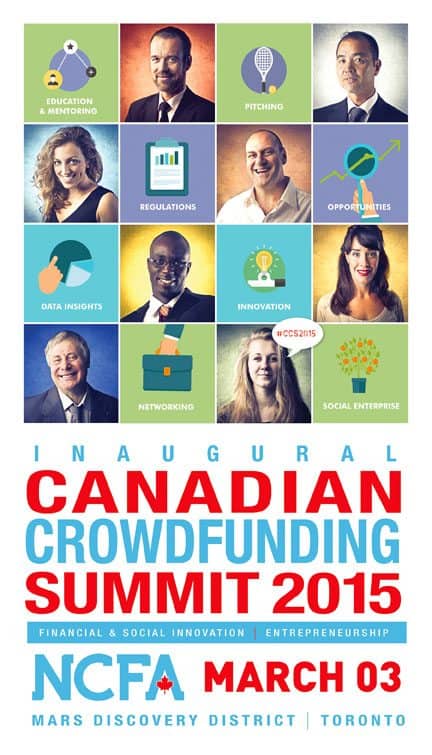 There are a limited number of media passes available.  Please contact [email protected] by Feb 25 if you would like to request a media pass.  More info click here.

About the National Crowdfunding Association of Canada

The National Crowdfunding Association of Canada (NCFA Canada) is the leading, and only, national non-profit trade association actively engaged with both social and investment crowdfunding stakeholders across the country.  NCFA Canada provides education, advocacy, leadership, support, and networking opportunitites to over 950+ members and works closely with industry, government, academia, community, and eco-system partners and affiliates to create a strong and vibrant crowdfunding industry across Canada. For more information please visit: