Venture Funding Hubs, a new project by Barry James and his CrowdfundingCentre, hopes to take financial democracy not to just London but to Manchester and Sheffield and across the north.

Venture Funding Hubs are seen as the key to fixing the struggling engine room of growth and jobs for the country and especially the regions, towns and cities beyond London according to The Social Foundation, a think-tank established to plot a more open, digital, future economy.

The SME sector, which employs more than 80% of UK workers, is said to be ready for massive expansion – which could revitalise local economies across the country – but ‘They lack the funding to do so” since the retreat of the banks according to a recent report and statistics compiled by Boost Capital. 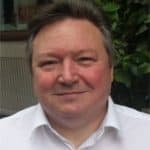 “This only confirms that the need, and the demand, is unprecedented” says Barry James, who co-founded the Social Foundation and is a director of The Crowd Data Center,  who collect data on the emerging crowd economy. “We cannot build them fast enough. We already have towns and cities from the south coast to the far north who want hubs established, as soon as possible, to help democratise finance where they are.”

Deputy Prime Minister Nick Clegg is referenced as having pointed out  that”access to finance is critical” to the success of the creation of a ‘northern powerhouse’ in general and TechNorth in particular. 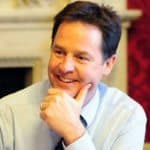 “I’ve made clear my own ambition to double the number of tech jobs in the North to help create a stronger economy”, said Clegg. “To make this happen access to finance is critical, so that we can see start-ups and growth within existing tech businesses. Therefore I’m delighted that the first Venture Funding Hub is being created here in Sheffield as part of an initiative that will span our great northern cities. It will complement the TechNorth initiative I have previously announced and it can play a part in growing a world-class tech cluster. The fact that this was conceived and is led by The Crowdfunding Centre, right here in Sheffield in the heart of TechNorth territory, is particularly welcome.

I would urge investors, big or small, to back this great initiative when the crowdfund goes live. Not only will there be great investment opportunities, but it will be a chance to help our local tech talent create a Northern Tech Hub to rival Berlin, New York, or Shanghai.”

“Lord Young’s report to the Prime Minister, out last week, heralds a new ‘Golden Age’ for SMEs – but this will only happen if we can find ways to enable them to access the finance they need. Bank lending is not going to do it – it’s not coming back” James said.

The Social Foundation plan is to launch more hubs at the rate of up to one a week, starting mid March with Liverpool, Leicester, Cambridge and Hull already lined up. 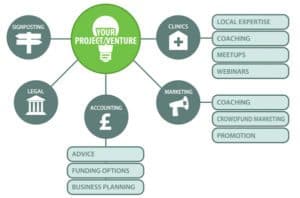 These are described as tackling three key issues identified independently by both The Social Foundation and SMEinsider by connecting ‘Local Heroes’ with local people, sharing experience of what works now. Signposting the differing forms of finance available – old and new, as well as inspiring and empowering local entrepreneurs.

SMEinsider recently published BoostCapital’s infographic bringing together all the key stats and information, which identifies the same key issues identified by The Social Foundation:

The Social Foundation aim to create an open environment focussed on enabling and empowering entrepreneurs to do what we all need them to be doing: Building our local economies, by signposting, connecting people in new ways and spreading new insights and skills.

Chris Moss, well known for his Bank of Dave program and Partner at JMW Solicitors commented of the Venture Hubs;

“Central to Venture Funding Hubs is bringing people together to learn from one another and together build the local economy, gaining new skills in the process. JMW Solicitors is Manchester based so we’re delighted to be involved in pioneering one of the very first hubs right here, helping established businesses and budding entrepreneurs get advice both online and in-person from pioneers and experts in this new field of alternative finance.”

The Social Foundation has said it will shortly establish a new social enterprise specifically to facilitate the expansion of the new network of hubs across the UK – as well as the rapid expansion of skills and capabilities in each local area.