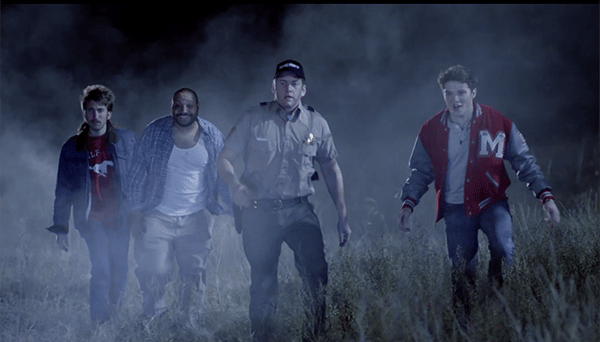 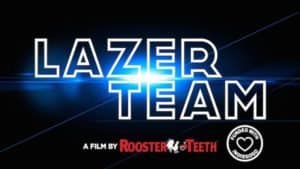 According to its synopsis, Lazer Team begins decades ago when the Search For Extraterrestrial Intelligence project received a onetime signal from outer space, which was never decoded. Or so we were told. Unbeknownst to the general public, the secretly translated signal said two things: One, we are not alone, and two, the galaxy is a dangerous place.

Rooster Teeth took to the global crowdfunding platform to raise $1 million for the film. Upon finishing its campaign, the project took home $2,480,099 thanks to 2,197 backers.  The channel shared the production details this past fall. 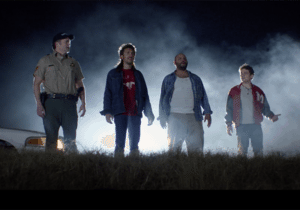 Rooster Teeth’s Barbara wrote, “Lazer Team is a sci-fi comedy directed by Matt Hullum from a story by Burnie Burns, and script by Hullum, Burns, Josh Flanagan, and Chris Demarais. It features a principal cast including: Alan Ritchson, (Teenage Mutant Ninja Turtles, The Hunger Games: Catching Fire) as Adam, also known as the Champion of Earth. The four bumbling members of Lazer Team will be portrayed by Colton Dunn (Parks and Recreation) as Herman, and our very own Gavin Free as Woody, Michael Jones as Zach, and Burnie Burns as Hagan. Alexandria Deberry (A.N.T. Farm) plays Hagan’s daughter Mindy.”

The film is set to hit theaters this spring. Check out the Lazer Team’s teaser video below!