On Monday, founder of Linked Finance, Peter O’Mahony announced that the peer-to-peer lender has received a €2.5m investment from Ireland-based Frontline Ventures.

According to The Independent, the lending platform is looking to expand its operations and is seeking to double the maximum amount businesses may borrow to €100,000. At this time, Linked Finance has 8,000 members of the public who are registered as lenders. O’Mahony stated, “We have a 3-year target to supporting 5,000 SMEs and in the process supporting 40,000 jobs.”

As previously reported, Linked Finance announced it has hired Lloyd Nolan as its new chief operating officer. Nolan joins Linked Finance from computer software company Symantec, where he was senior operations director of the customer management center for Europe, the Middle East, and Asia (EMEA). 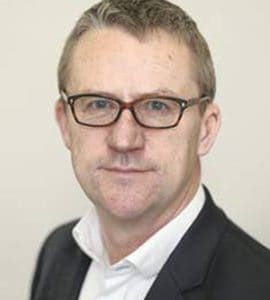 Nolan will be responsible for risk monitoring and attracting new business to the platform. He will also assist Linked’s chief executive, Peter O’Mahony, who is behind Dublin’s The Laughter Lounge, with investor relations and fundraising.

The media outlet also revealed that Linked plans to lend €20m in the next 12 months and €250m to 5,000 SMEs by 2017. It is currently trying to get the Central Bank to introduce a regulatory scheme to increase public confidence in peer-to-peer lending.

Among the companies that have raised funds through the platform is fish and chip company Leo Burdok along with “Vit Hit” market Vitz Drinks.