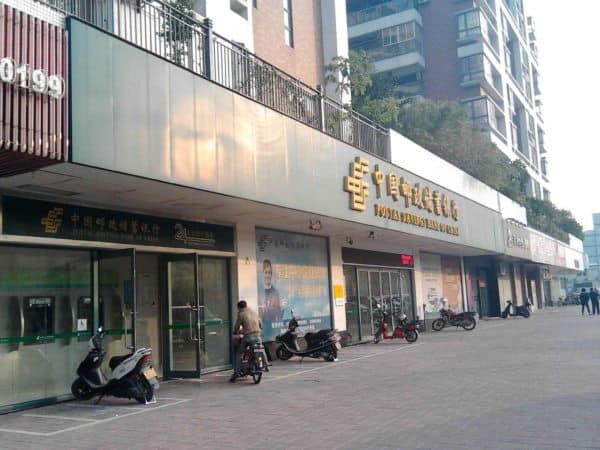 One of China’s largest lenders, and potentially one of the world’s largest, based on the number of branches, is in talks with potential investors about selling a minority stake before a possible listing, according to a recent article in the South China Morning Post. The Postal Savings Bank of China has also been considering entering the peer to peer lending space as a way to facilitate lending to small firms.

A potential share sale by the Postal Savings Bank of China could be worth up to US$25 billion, matching Alibaba Group Holding’s record-breaking IPO in 2014, according to the Financial Times, citing unnamed investors. The Times also suggested that investors could include a financial unit of the Chinese e-commerce company, a US private equity firm and Asian sovereign wealth funds. While “Morgan Stanley was mandated to line up potential investors ahead of any listings,” a Morgan Stanley spokesman based in Hong Kong declined to comment on the pre-listing funding.

“Large Chinese banks are a rare species in the listing market as most state-level lenders have gone public in the past 10 years,” a source familiar with [the Postal Savings Bank of China] said. “Introducing foreign capital from strategic investors before a share offering is a necessary step before turning itself into a publicly listed company.”

While the cost of capital for state-owned enterprises has been steady at 7 to 9 percent since 2009, private companies have a rate well above 10 percent, according to Boston Consulting Group. This makes for an unequal competition.

In January, Postal Savings Bank of China chairman Li Guohua said in a statement that “the country’s commercial banks needed to focus on lending to small firms as difficulties in obtaining finance had persisted for small businesses in the world’s second-largest economy,” according to the South China Morning Post. “Developing a peer-to-peer lending platform by commercial banks could be one of the solutions,” Li said.