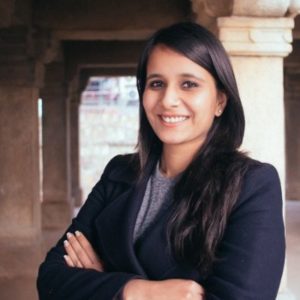 BitGiving, a social crowdfunding platform for individuals and organisations in India, has promoted Ishita Anand as its new CEO. Ishita, who co-founded the company, was serving as its chief operating officer (COO) since its inception in 2013. An erstwhile freelance film-maker, Ishita holds a BA (Hons) degree in English from Lady Shri Ram College, Delhi.

Launched in December 2013, BitGiving not only helps in raising funds but also encourages the supporters and influencers to engage & endorse the campaigns and initiatives they believe in. The platform connects with social networks embedding functionalities and special campaigner mobile apps for campaign analytics and updates.  The platform supports events to encourage influencers to raise funds for a cause through communication and re-engagement. Most contributors are friends and family. However, depending on the outreach done by the campaigner and the inherent social virality of the campaigns enabled by the platform, it has seen a large number of organic contributions. The firm charges  a 10-15% fee of the funds raised.

Fahad Moti Khan, who was earlier leading BitGiving’s growth and expansion as CEO, will continue to be a part of the advisory board and take on ‘bigger responsibilities’ within the organisation.

“As we look ahead to continued expansion and success, Ishita’s energy, vision and understanding of crowdfunding will propel BitGiving to its next stage of growth,” said Khan.

“In the past one year, we have seen some interesting campaigns and I think our strength has been the community that we have been able to build at BitGiving. This year, our focus is to not only grow that community further but also bring in more innovation, both on the technology and campaigning fronts,” added Ishita.

Other crowdfunding platforms in India include LetsVenture, IgniteIntent, Milaap, Ketto, and FundMyPitch, among others. In January this year, Random Motion Advertising Pvt Ltd, which runs crowdfunding platform Wishberry, had completed its seed funding round worth $650,000 (Rs 4 crore) co-led by Google India’s MD Rajan Anandan and iSPIRT’s Sharad Sharma. The round also saw participation from 42 other investors including seasoned entrepreneurs such as Deep Kalra of MakeMyTrip and Amit Ranjan of SlideShare; music composer Shankar Mahadevan; and SEBI board member Mohandas Pai, among others.