Her boyfriend, Azel Prather Jr., launched a GoFundMe campaign to save their relationship from spring break Miami temptations, and now, 22-year-old college student Marissa is ready to share her thoughts about the project.

During her and Prather’s interview with MTV, Marissa spoke about other people’s reactions to the already infamous campaign:

“[The comments were] definitely misplaced. Those are the most comedic comments I’ve ever seen in my life. He’s the best dude I’ve ever been with. To say ‘run’ is kind of crazy – I wish people knew who he was. They don’t know who he really is.

“My friends from high school, who I don’t even talk to anymore, are calling and texting, ‘Are you OK?’ I’m like , ‘I’m OK – I’m not getting abused or anything like that.’ I knew [he did this in a] joking manner; it’s all out of proportion… I thought this was one of his jokes, ‘You’re being annoying’ … and then it spiraled into this big thing.”

While discussing his trip to Miami, Prather revealed Marissa’s ultimate reaction to him being there:

“She didn’t know [I was coming]… she was half-asleep… I knew her hotel, I was talking to her all week. I was in an Uber – Once we got on Ocean Drive, I was telling him where to drop me off at.” 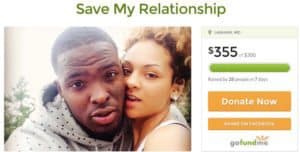 “First of all, I’m half-asleep. So I’m thinking, ‘Am I dreaming right now or is he really outside?’… My friends are like, ‘Are you serious?’ I know my boyfriend is being serious. I ran out the door and he was definitely in the lobby waiting for me.”

In regards to the campaign being called a fraud, Prather explained:

“It’s a true story… she really had a spring break – it was her spring break, we argued about it. I’m like, ‘You’re not going on spring break.’ I won’t tell her what she can and can’t do, but she knows how I feel about Miami… she was already there and enjoying it; I spent not even 24 hours with her there – it was the last day [of her trip] when I finally got there. 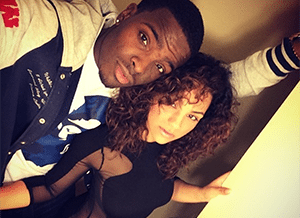 “When you think of Miami, you think of sun, you think of beach, relaxation – it’s the total opposite, dude! Miami in spring break is party, party, party, ‘wear your bathing suit but don’t go to the beach.’ It’s too loose! … I do trust her. I trust her. She trusts me. It wasn’t her; it was Miami I didn’t trust. Anyone who has a girlfriend and know Miami feels the way I do.”