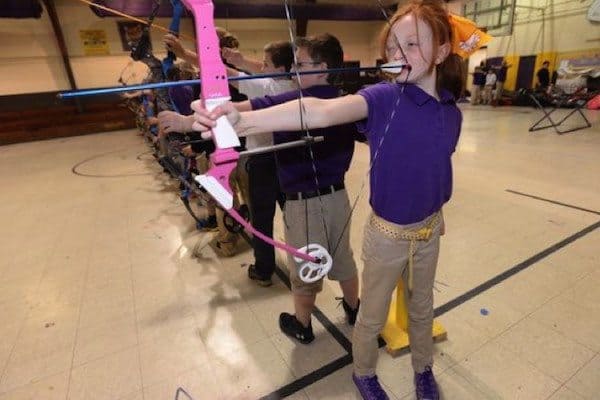 Earlier this week, Billy Miller, who is known for his role on the hit soap opera television series, General Hospital, launched the crowdfunding campaign, Savannah Strain & Tigers Archery, on GoFundMe to raise $15,000 for his niece Savannah and her archery team.

Sharing details about Miller took to the crowdfunding platform and wrote: 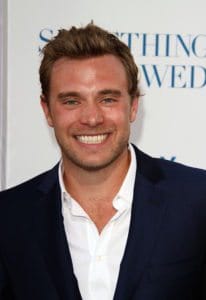 “What makes this a unique and inspiring feat on Savannah’s part is that she competes at this high-level despite being born without her left hand due to a congenital abnormality. Savannah meets many daily obstacles that most children do not face.  I believe you will agree that watching Savannah compete is inspirational as her determination and optimism is a reminder to us all that we can do anything we put our minds to. Through archery, Savannah has found a deeper inner strength and focus.

“After seeing The Hunger Games and Disney’s Brave, Savannah became obsessed with the idea of becoming an archer.   At first we were worried that she would be disappointed that she could not effectively use a bow and arrow.  As it turned out,  she proved us all wrong and not only did Savannah overcome her perceived physical limitation, she quickly excelled in the sport by using her own flair and ingenuity. 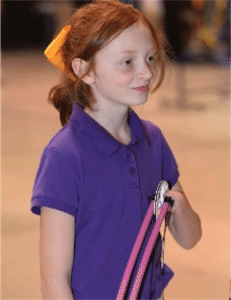 “Our entire family is extremely proud of Savannah for all of her accomplishments and determination, none more than her father Troy who accompanied his daughter to every practice and competition.  Troy was a father who would not let his daughter feel “less than”, and never let her be discouraged.

“Tragically, Troy Strain unexpectedly passed away this February. Our family is indebted to Savannah’s coaches and teammates for their encouragement and support.

“That is why I’m reaching out to you today in hopes of funding the Tigers’ trip to Nationals as they need $15,000.00 to enter this competition.  Any money raised over this goal will go to fund future endeavors and needs of the team. I thank you all for taking the time to read my niece’s story and deeply appreciate all of you who can donate.

“My goal here is not only to fund this team, but to help Savannah realize just how special she truly is.”

Since its launch, the campaign has raised over $8,000 from nearly 105 backers.