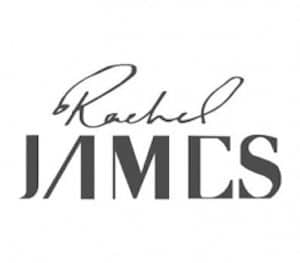 The new brand, which first appeared London’s men’s fashion week in January this year, was created by the British university graduate and has been featured in Italian Vogue. Already, She has had her clothing requested by huge British stars, including music sensations Calvin Harris and Tom Odell.

Before making her appearance on the runway, James interned at Australian fashion designer, Josh Goot, in Sydney. During her time at the company, James stepped up and took charge of the brand’s design co-ordinater’s duties – leading a team of around 10 employees, overseeing both design, production of the collection at that time. Her unexpected position ultimately set her on the path to understanding what it takes to become a fully-fledged menswear designer. 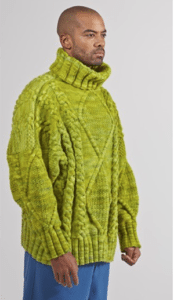 “Fast forward a few months to 2015 and Rachel’s passion for her work and hunger for recognition were two characteristics that helped her secure an invitation to show her new collection at men’s fashion week in London (LC:M) earlier this year. For a graduate designer this is unheard of; applicants typically have 4/5 seasons behind them before they are considered for any space at such a prestigious event. The exhibition proved a great success for showcasing, networking and publicizing the brand: Rachel JAMES has since been invited to showcase again this season, has been featured in Italian Vogue and has had pieces requested to style British artists Calvin Harris, Tom Odell, Mark Ronson and Skepta.”

“From the debut, the label’s PR team have been inundated with press requests and website traffic was given a huge boost. The company is now ready to start making sales with the online shop having just opened for business.”

Now, the designer is offering a 25% equity for the £50,000 investment. The funds from the campaign will be used in conjunction with the startup’s £25,000 loan to support the brand during the first years of operation. Other expenses will include: