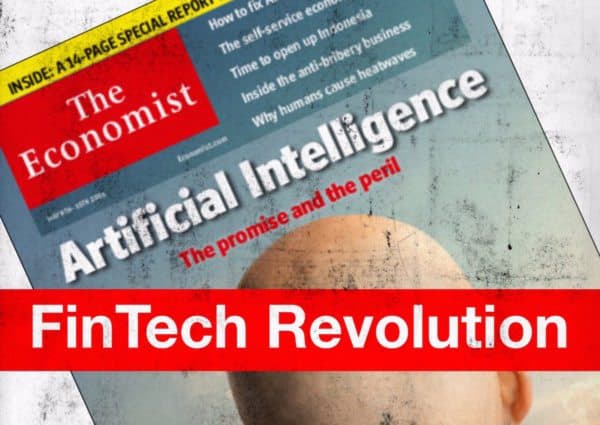 Is this a defining moment? For many I suspect it will be – although to judge by the comments, some of them who clearly think that the trust that the banks squandered long ago is still in place, other who clearly see the old order as immutable, it will take something akin to a tsunami to re-shape their world-view away from what was to what is..

For those of us who began studying and collecting data and evidence some years ago, because we saw a paradigm shift in-the-making, it’s more of a milestone. 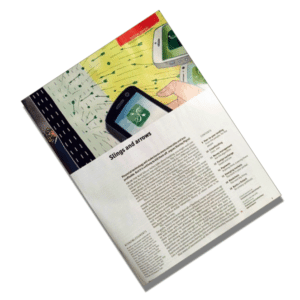 A milestone too for The Economist I suspect in that while credit is due for the new insights offered it has clearly yet to come fully to grips with the data let alone plumb the  depths of the sea-change to human institutions and structures we were all brought up to regard as inevitable and immutable.

The bigger effect from the fintech revolution will be to force flabby incumbents to cut costs and improve the quality of their service. That will change finance as profoundly as any regulator has.
The Fintech Revolution, The Economist, May 9th

The idea that fintech in all it’s forms will “change finance as profoundly as any regulator has” is, shall we say, pretty economical. For startups for example the change is rapid and more radical already – they’re not alone. The scope for something much more radical, and the roots of this, are clear.

Kickstarter uses the wisdom of crowds to finance startups. 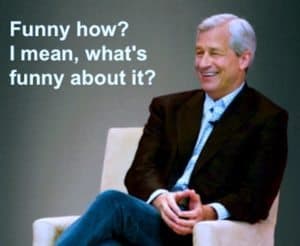 Jamie Dimon, the boss of JPMorgan Chase may have warned that “Silicon Valley is coming” but this is really neither the point, nor the seat of this fire.

A new generation of startups are indeed taking aim at the heart of the industry – but that is tangential. They are following and serving the crowd. This is fundamentally a grass-roots revolution. Entrepreneurs are building the alternatives because, in a hyperconnected world they can, and there are better ways to do things.

Also because the crowd need and want those alternatives – and are not inclined to wait for the increasingly lumbering and outdated institutions who also thought their position unassailable so saw no need to provide the benefits of this new world to their customers. Who’re more than ready to vote with their feet given a half-chance.

Those institutions must now be asking themselves some hard questions – if they’re not they should – about ‘the shape of things to come’. Certainly “the fintech revolution will reshape finance—and improve it”. The real question now is to what extent.

Neither the phrase “as sound as a pound” nor ‘as solid as the bank’ have the ring they once did – nor could they be used so lightly. They begin to ring almost as hollow as “solid as the ground we stand on” to someone unfortunate to live in an earthquake zone, the morning after. 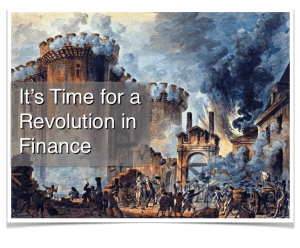 Those of us who’ve been studying the roots, not just the shoots, of this grass-roots revolution know that this is just the beginning. As the behemoth banks created the tremors through the world’s financial system in 2007 they set in train events that will focus a new set of tremors, this time in their own foundations.

It is the cardinal sin of any business to take their customers for granted – the more so to treat them with disdain or as second class citizens. This has not been forgotten, not has it changed.

It is not the only, and probably not the main reason, for the revolution now becoming visible. That lies with the technological changes that have brought both hyper-connectivity and a major shift in the power relationship between brands and market, bands and the crowd. And the fact that they’ve been largely neglected.

There’s no way back. The real question is how far and how fast this will go – and how soon those ‘immutable’ institutions will awake.

San Andreas, the Movie, is due for release on the 29th May. Perhaps it should be ‘required viewing’ for bank executives. Then we might well see a turning point.

Barry James is the co-founder of TheCrowdfundingCentre and the Social Foundation. Founded in 2012, the organization was created to further research, education and policy initiatives into the new, post-crash economy and “Crowdnomics”. James also created “Crowdfunding: Deep Impact”, the UK’s first national conference held in February 2013 which led to the influential Westminister Crowdfunding Forum. James is a frequent speaker on crowdfunding, entrepreneurship and innovation. He has recently created CrowdPowerTools and VentureFundingHubs.