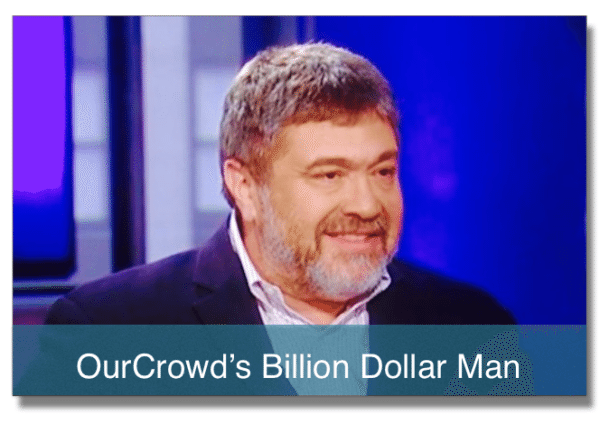 OurCrowd, a global equity crowdfunding platform, expects to be raising $1 billion in capital annually at some point in the not so distant future. This is according to founder and CEO Jon Medved.  The OurCrowd portal was launched in 2013 and since that time it has raised about $120 million for 70 startups.  They expect to do that same amount for all of 2015 indicating solid growth for the young internet finance company. While many of the portfolio companies are based in Israel today, OurCrowd expects that to shift as the company targets innovative firms regardless of nationality. Headquarters remain in Israel but offices are now open in New York, California, Australia with new offices planned in Asia and elsewhere.

Medved was recently interviewed in Globes.  He spoke about the rise of OurCrowd and the power of investment crowdfunding stating;

“Despite all the excitement about ‘Start-up Nation,’ investment in these companies was a discipline that was clearly defined and limited to a very specific community. We are breaking down these walls. We open opportunities for the entire group of eligible investors, while their initial commitment is just $25,000.”

OurCrowd targets “accredited investors” in the US.  These are individuals that earn $200,000 a year or more, or have a net worth of $1 million (excluding primary residence).  While these investor rules define a fine line as to who may invest in private offerings – very few individuals have been able to take advantage of these opportunities until the advent of equity crowdfunding.  Previously the realm of ultra high net worth individuals and funds, access to early stage investments prior to an IPO or acquisition is now being democratized.  OurCrowd has created its own spin on equity crowdfunding – one that has a growing legion of supporters.  For every investment offer listed on the platform OurCrowd has skin in the game indicating a higher degree of confidence in the viability of the business and the skill set of management.  Other Angels and VCs may participate as well – alongside more retail types.   OurCrowd, along with its investors, was the beneficiary of one of the very first equity crowdfunded companies to do an IPO.  ReWalk listed on NASDAQ late in 2014 and immediately saw shares jump.  Shares have since settled down but the experience is indicative of a possible solid exit for early shareholders. 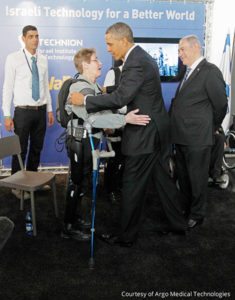 Medved, a frequent commenter on multiple networks, visited the studios of FoxBusiness last week to spread the crowdfunding gospel. With markets at record highs today, Medved posed the question; “what if an [smaller] investor had been able to get into Facebook alongside Peter Thiel” getting in earlier.  Medved asserts that crowdfunding is allowing this to happen – with a far broader audience.

Today most small, successful companies delay launching an IPO as long as possible. Going public is a step for a company that also incorporates much additional regulatory oversight – and associated cost.  For a fast growing firm it is a rational choice.  Promising companies have no problem raising capital from private investors to fuel growth.  But this means less wealthy individuals have been blocked from participating in what may be a lucrative investment.  Equity crowdfunding may be able to rectify this wrong.

OurCrowd is investing in a new company every week. Investors are not part of a blind fund but may choose which company they want to put their money.  Medved states, “the internet now can level the playing field.” Instead everything happening in an office on Sand Hill Road – now everyone can get in.