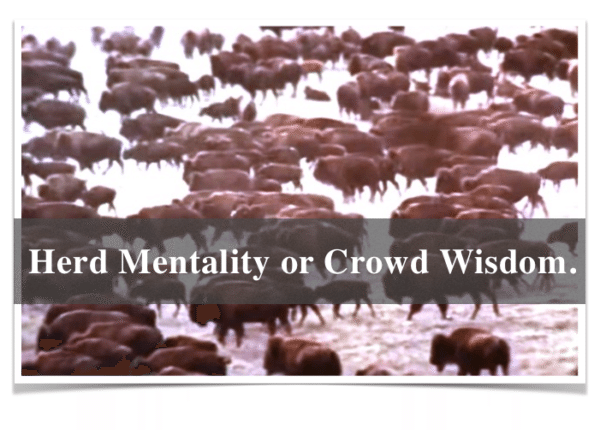 MIT Sloan Assistant Professor Christian Catalini has targeted his research on the economics of innovation, entrepreneurial finance and crowdfunding.  Catalini is part of an elite few academicians who are analyzing the emergent investment crowdfunding space, so when he shares his findings, and associated perspective, it is worth paying attention.

Catalini, along with his co-authors, Ajay Agrawal and Avi Goldfarb at the University of Toronto, have labeled syndicates the “killer app of equity crowdfunding”.

There has been much discussion and debate if it is the wisdom of the crowd or herd mentality that reigns in investment crowdfunding, but according to Catalini a hybrid mix of professional insight, alongside the crowd, is easily the best.

In their working paper entitled, “Are Syndicates the Killer App of Equity Crowdfunding?”, the trio affirms that lead investors, be they angels or VCs, can inform potential crowdfunding investors about deals they might not otherwise be aware. Equity crowdfunding syndicates fill a major gap in online investing, at least in part the need for investors to be able to actually meet issuers instead of just communicating virtuatlly.

“When evaluating a team at such an early stage, investors want to be able to get a read on the founders,” says Catalini. “They want to be able to understand the team dynamics and get a real sense of factors such as how they react under pressure. Because that’s hard to do on the Internet, angel investing has tended to be geographically localized.”

Information asymmetry, where non-local investors are left unaware of particular technologies or markets in which they might want to invest because of geography is a challenge. “Many value-creating transactions that could have occurred do not simply due to the distance between investor and venture,” according to their research. “The lack of long distance angel investing is largely due to informational problems that make non-local early-stage deals costly to evaluate and monitor.”

Equity crowdfunding syndicates “solve that information problem through the division of labor among investors”.

Lead investors do the on-the-ground due diligence and then share their findings with the investing crowd. Because these lead investors face reputational and financial penalties for poor performance and gain from good performance, their and the crowd’s interests are aligned. Entrepreneurs face a reputational cost within their professional network if they fail to deliver results to the lead, the paper notes. Syndicates give lead investors both the ability and incentive to leverage the information they collect through theirrelationships and due diligence on behalf of distant investors. Platform tools and features enable lead investors to communicate their skills and  performance history and to put their reputation at stake.

Catalini’s perspective bodes well for crowdfunding portals that are highly curated and pair pros with the crowd.  Platforms like AngelList, OurCrowd, SeedInvest, SyndicateRoom and Alphaworks all do this now.

“Equity syndicates are able to combine the global reach capability of the online world with the face-to-face due diligence and monitoring abilities of the offline world,” stated Catalini. 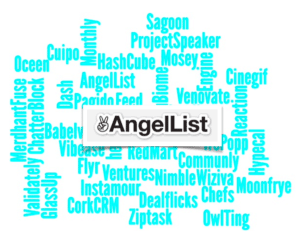 “On AngelList, the leading equity crowdfunding platform, syndicated deals have not only grown but overtaken non-syndicated deals in terms of the number of ventures attempting to raise capital,  the  number  of  ventures  that  successfully  raise  a  seed  round,  and  the  total  amount  of  capital.”

Catalini notes the efficient allocation of capital engendered by crowdfunding;

“The economics of information associated with  early-stage  investing are  much  better  suited  to  crowdfunding  angels  than crowdfunding  ventures at this stage. Syndicates enhance economic growth by reducing market failures and allocating capital more efficiently.”