Jamie Sangouthai, who was known for his appearance on the reality television series Khloé and Lamar,  passed away on Sunday reportedly from a drug overdose. Now, his friends are looking to help his family pay for a proper funeral through a crowdfunding campaign on GoFundMe. 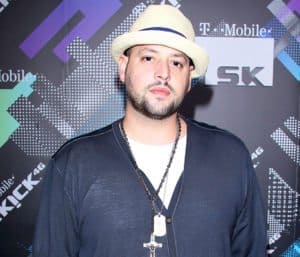 According to International Business Times, upon hearing the news of his passing, the 37-year-old’s Christ the King High School friends took to the funding platform to raise funds so that his body can be flown from Los Angeles to New York. The campaign reads:

“As most of you know, our good friend and CK classmate has passed away. Jamie Sangouthai will be missed by so many. Unfortunately, there aren’t enough funds to bring him home. I Spoke to his childhood friend Leo and we are doing a fundraiser to help his mom give him a proper burial.

“I’m asking all of our CK family to please help out. Whether it be in the form of a monetary donation, or prayers being said for his mom and family. Anything you can do will be greatly appreciated. We would like to proceed with funeral arrangements as soon as possible. 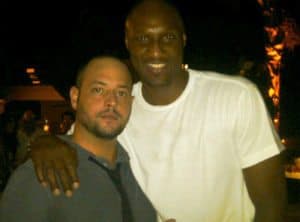 “I’m sure we all stand behind the CKFamily when one of us is in need. Let’s unite and bring Jamie home. God bless you all. If we reach the goal, please keep donating because his mother can use all the help she can get.”

Sangouthai gained popularity when he appeared on the reality series with longtime friend Lamar Odom and his estrange wife, Khloe Kardashian. He was known to have struggled with illegal substances and was seen relapsing on the show.

Since its launch on Tuesday, the campaign has successfully raised over $11,000 from 130 backers.