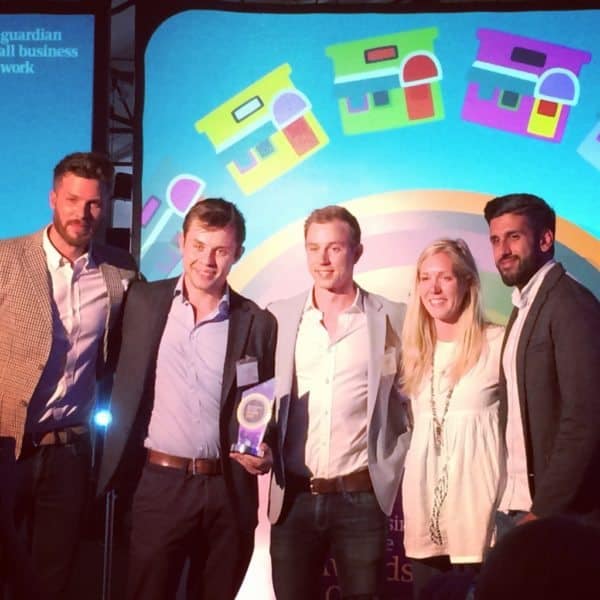 As temperatures and ice cream sales rise, so does Oppo‘s lucky star: The luxury healthy ice cream company is having a scorchingly successful year. London-based Oppo was just named The Guardian‘s Startup of the Year (and there’s more), according to a recent Oppo blog post. 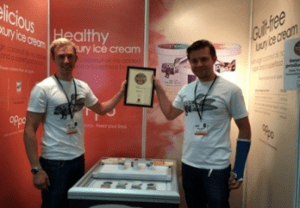 The judging panel for the competition included former dragon James Caan and founder of Bulldog Skincare, Simon Duffy, and was sponsored by Xero. Rick Edwards presented the award–and the Oppo blog suggests that he may be the ice cream’s newest fan. The judges commented 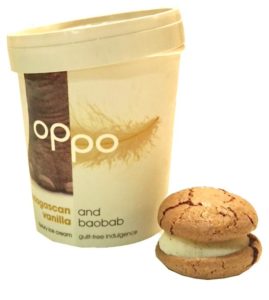 [Oppo is] innovative, on trend, with a smart retail roll-out strategy. There are lots of elements in there that make up a good startup business. They have done really well and it was one of the fastest crowdfunds ever. 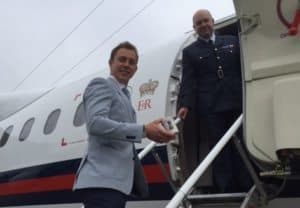 But Oppo’s team isn’t just viewing the world from the top of the startup list–co-founder Charlie Thuillier also gained a new perspective from an airplane’s altitude, when he joined British Prime Minister David Cameron on his RAF jet to the Milan Expo. Thuillier was part of the business delegation showcasing the best of British business and innovation, as Oppo was among four businesses chosen; the other representatives and their respective companies were Laurence Kemball-Cook, founder of Pavegen Systems; Karen Lynch, CEO of Belu Water; and Janan Leo, founder of Cocorose. The Milan Expo included over 140 exhibiting countries on 1.1 million square metres of exhibition area–“In short,” Thuillier wrote, 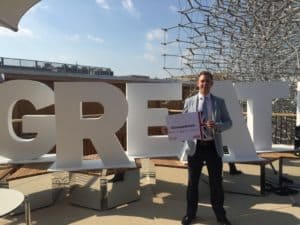 an international melting pot of ideas with each nation showcasing their achievements. The UK exhibition was showcasing the country’s strengths and contributions to the Expo’s theme of ‘Feeding the Planet. Energy for Life.‘

After the tour, the group met the PM’s Italian counterpart, Matteo Renzi, and were introduced by PM Cameron. The day ended with the Queen’s Birthday Party Reception at Villa Necchi, tucked away in the busy center of Milan. 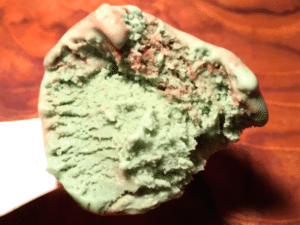 Not a bad day for a company whose product launched into Ocado.com and 111 Waitrose stores last October. This definitely calls for some celebratory ice cream. If only Oppo’s mint chocolate swirl with spirulina was available in these United States…