Less than a week after it launched its #ForEVERYGirl Indiegogo campaign, the Girl Scouts of Western Washington have successfully raised $310,000 thanks to over 6,500 backers.

The Girl Scouts of Western Washington launched the initiative after a donor decided to take away the $100,000 they gave due to the organization allowing transgender girls:

“Girl Scouts of Western Washington recently received a $100,000 donation to help girls participate in Girl Scouts. We were thrilled! However, when the fact that Girl Scouts welcomes all girls, including transgender girls, was in the news, the donor asked us to return their gift unless we guaranteed that the money would not be used to help transgender girls.

“We said Girl Scouts is for EVERY girl. And we gave the money backer. That’s the money that would have gone to girls who can’t participate in Girl Scouts without our help. With that support, girls can join a troop, go to camp, and participate in a multitude of other life-changing Girl Scout experience even though their families can’t afford to pay for them.”

“Our vision at Girl Scouts of Western Washington is that EVERY girl in our region — regardless of her race, ethnicity, socioeconomic status, sexual orientation, gender identity or geographic location — is empowered to unleash her potential, build her future and transform her world. By donating to our #ForEVERYGirl Campaign, you’ll help make sure that EVERY girl has the opportunity to participate in the life-changing opportunities that Girl Scouts provides.”

Within just hours after its launch, the campaign was funded. During a recent interview with Fast Company, Girl Scouts of Western Washington CEO Megan Ferland stated: 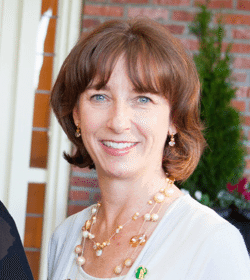 “It’s all about inclusion. When you get right down to it, what every parent wants for their child is for them to be able to be accepted and have a sense of belonging and just be able to explore what they’re interested in. Whether it’s a week in the woods at camp, or in a science program, or selling cookies and learning business skills. That’s what it’s about. Every girl should have that chance.”

The organization’s campaign is set to close at the beginning of August.