With less than 12 hours until its Kickstarter campaign comes to an end, CoolMiniOrNot’s latest creation, Zombicide: Black Plague, has successfully raised over $3.6 million thanks to 19,000 backers. 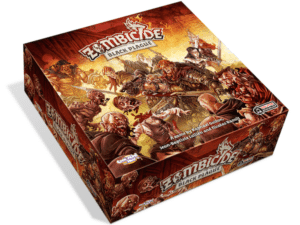 New to the Zombicide series is the introduction to armor. Any survivor wearing armor (or carrying a shield) has a chance of blocking multiple zombie attacks with a lucky roll. Unfortunately, the armor does not help against the ultimate villain of the game, Abomination (which players are only to kill if they have powerful weapons or Molotov).

Upon achieving $3 million the CoolMiniOrNot crew announced that the fearsome Abominatroll to all backers. These trolls are much like the main Abominations. They added:

“All backers are already getting an Abominotaur, an Ablobination, and now an Abominatroll. But some people are just too fearless (that’s one way to put it) to settle for just one of each of these nightmares.”

Those last minute backers that are looking to receive the game starting at $100, have until 7 p.m. EST to donate.