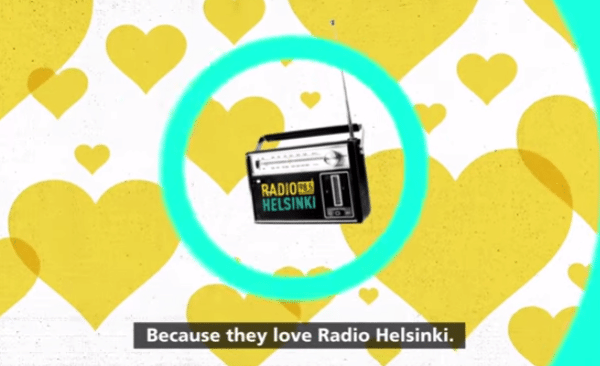 Commercial radio is under duress around the world. The advent of internet everywhere that allows easy streaming of the music you want to hear, where ever you may be, is crushing broadcast radio. Pitch in a few dollars and the commercials go away too.  Between Spotify, Pandora, Apple Radio – and more – the options are now endless. In fact Norway is saying goodbye to ALL FM radio stations by 2017. They are recognizing the obvious: Streaming is the new future of both video and audio so look to the future, instead of the past.  Radio Helsinki in Finland is attempting to persevere in the new age of digital competition.

Back in 2013, Finland’s largest newspaper Helsignin Sanomat was able to sell the station just before they shut it down. It was reported that the independent, free-form station, was losing about  € 400,000 each year. Not a small amount. A group of investors swooped in with the intent of reanimating and saving the station that claimed about 90,000 listeners each week.

Now Radio Helsinki is looking for a new capital infusion and, according to its equity crowdfunding page on Invesdor, it is has successfully hit its funding goal.

With just a few days left, Radio Helsinki has seen 995 investors come together to raise €212,400 at a price per share of € 150.  The investment range tops out at €250,00 for 12.88% equity in the firm on a valuation of €1.7 million .  The offer claims that Radio Helsinki has “more listeners than ever” (apparently at over 140,0000 per week today). But the station “hasn’t managed to stables its own economy in the best possible way”. The over 85 hours of live programming created by 30 professionals is costly.  The owners state the station is on its way to becoming more financially viable.

So if you believe in their model and want to be a media owner. This may be your chance.