Direct lender Balboa Capital has completed a securitization in the amount of $230 million. This is the company’s 3rd term securitization and its largest ever.  Balboa, a privately held company, mainly focuses on equipment lease loans and loan backed notes.  According to Balboa, these notes received a AAA rating from DBRS.  The placement agent was Wells Fargo. Balboa is said to be one of the largest independent finance companies in the US.

Balboa states the securitization comes at a time of “record growth”. Within the last year, Balboa Capital has added more than 200 staff members to its sales divisions, operations team and customer service departments. The company opened new offices in Jacksonville, Florida, moved into larger offices in San 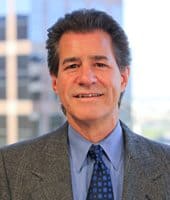 Ramon, California, and doubled the office space at its headquarters in Irvine, California.

“Our $230 million securitization aligns with our current and future growth plans, and we have expanded our sales divisions and facilities accordingly,” said David Chiurazzi, CFO of Balboa.

Balboa has been in operation for 27 years.