Back in September 2012, Massachusetts-based Adapteva launched a crowdfunding campaign on Kickstarter to raise funds for its invention, Parallella. The device is described as a “supercomputer for everyone” and its platform was built on the following principles:

By the end of its run, the campaign raised $898,921 from 4,965 backers. Despite the success of the project, Adapteva’s founder Andreas Olofsson admits that he doesn’t have any plans to ever use Kickstarter again for the company’s products.

While revealing details about the company and why it turned to Kickstarter for funds, Olofsson wrote: 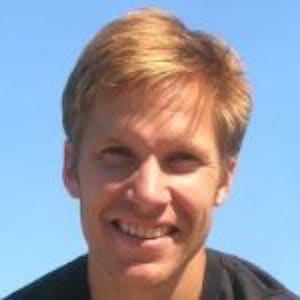 “In September 2012, motivated by some of these success stories we decided to launch a new single board computer project called Parallella on Kickstarter. The campaign ended up raising $898,921 from 4,965 backers in less than a month. On the surface this looked like a huge success, but over the next two years we ended up spending more than $1.5 million to deliver on all of our Kickstarter commitments.

“In the end Adapteva would have likely gone out of business if it wasn’t for an infusion of capital from Ericsson and other investors. Based on Kickstarter shipping and funding patterns, I am guessing that there are other successful Kickstarter projects that have gone down the same path.”

“Once you reach your Kickstarter funding goal, before you get started, ~10% of the raised money disappears off the top due to invalid backer credit card numbers, Kickstarter commission (5%) and Amazon payment fees. Considering that traditional hardware distribution channels can charge as much as 25%, this isn’t bad but it still hurts. If you raise $1M, we are still talking $100,000 out the window on day 1.

“The table below shows the projected development costs of three different hypothetical Kickstarter projects with competitive US engineering salaries (loaded). The break even number at the end of the table only accounts for engineering. Tooling, marketing, and other expenses would drive this higher.

“Based on the data, achievable Kickstarter targets should be: 1K units for professional must have ~$1000 products, 10K units for enthusiast nice to have ~$100 products, and 100K units for ~$25 consumer gadgets. Be efficient and price your product correctly.”

Andreas noted that the data (shown below) reveals early manufacturing cost projections for Parallella based on conversations with US manufacturers. This left the company with three options:

“In the end we chose the third option. After many months of cost cutting and extraordinary compromises for all parties involved we were able to cut the COGS shown by over 50% while keeping manufacturing in the US.”

In regards to ever considering Kickstarter again, Andreas added: 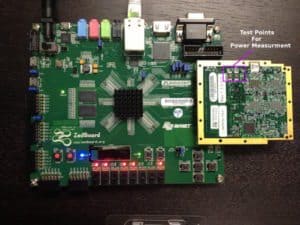 “With true labor adjusted engineering costs, the majority of Kickstarter hardware projects are not viable businesses when considered in isolation. In aggregate, backers put up millions in capital but often end up with half-finished beta level products in return — if they get them at all.  Many project creators end up working for months or years under severe psychological stress to fulfill Kickstarter obligations.

“So if Kickstarter isn’t the answer, how can you build a hardware business these days? Well, how about going back to basics? 1.) build a product, 2.) sell it for profit, 3.) goto #1. It’s certainly slower, but it has worked for countless hardware companies in the past and it still works today given the right product.”