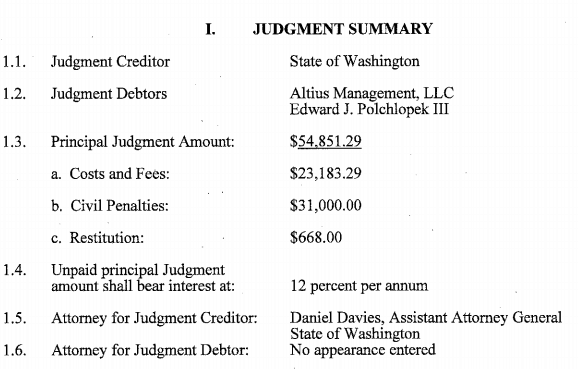 Back in May of 2014, Crowdfund Insider reported on the first state Attorney General to file suit against a rewards based crowdfunding campaign that had failed to deliver on its crowdfunding promise. This was no big, multi-million dollar crowdfunding project either. It was for a deck of playing cards with a “retro horror theme” called Asylum Playing Cards.  According to the  campaign page, 810 backers pitched in $9 and up to receive a deck of cards back in 2012. At that price point most people would have moved on except for the AG in the State of Washington, Bob Ferguson, he decided to take a stand against the issue of failure to deliver. Ferguson went to the mat on this one and last week the King County Superior Court Commissioner Henry Judson ordered campaign creator  Edward J. Polchlopek III, (AKA Ed Nash) to pay up – and then some.

According to the AG’s office, the 31 backers based in the state of Washington are to receive $668 in restitution.  But even more painful for Edward, he is now required to pay civil penalties in the amount of $31,000 for violating the Consumer Protection Act ($1000 per violation) and $23,183 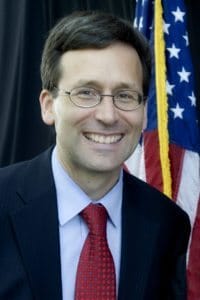 for the cost of bringing the case to court (and to justice). Ouch. Edward will have to sell quite a few decks of cards to cover the cost of his decision to bail on the campaign. Ferguson stated;

“Washington state will not tolerate crowdfunding theft. If you accept money from consumers, and don’t follow through on your obligations, my office will hold you accountable.”

It is also interesting that magically backers have started to receive shipment’s of cards.  Yes three years later, Edward has been shaken from his slumber and is now delivering decks of cards around the world. Could it be that having been found guilty in the state of Washington he is now concerned that similar actions will take place in the other 49 states? That would be quite an incentive. 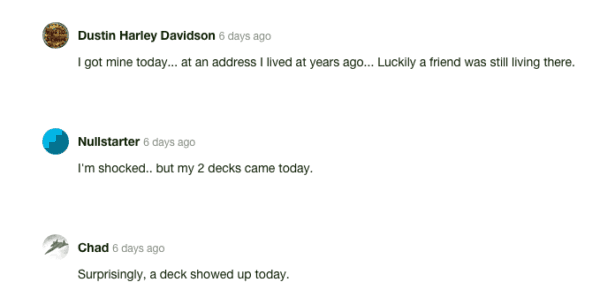 Even more important is the fact that all crowdfunding campaigns that have “failed to deliver” should now take notice. The state of Washington has stated they will hold you accountable so don’t dare cross that line. 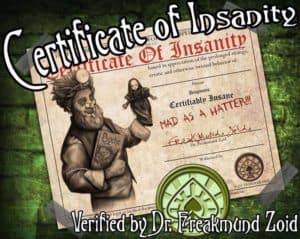 It will be interesting to watch if Ferguson follows through on this commitment to prosecute failed crowdfunding campaigns. There are certainly plenty of other opportunities to pursue projects gone bad. I wonder what Kickstarter and Indiegogo (and others) think about this?